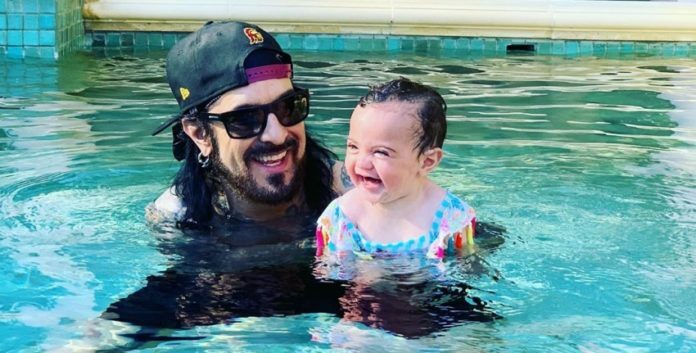 The heavy metal band Motley Crue star Nikki Sixx has just shared a new post through his official social media account and revealed the sweet moments he lived with his little daughter Ruby.

In the two photos he shared, Nikki and Ruby were having fun in the pool and they looked very happy. In the third and latest photo, Ruby was trying to lick her father Nikki Sixx. Also, in the caption of the photos, Nikki Sixx revealed how he spent his quarantined times.

Nikki Sixx sent the photos with the following sentences: “Spent the morning working out, the day at my studio painting and finishing it off with a swim with this little. Keep moving and stay positive.”

In the comments of the post, an interesting speech paid attention. Nikki Sixx‘s young daughter Frankie Sixx has took the photo but Nikki Sixx did not mention the credit of the photo. Frankie Sixx reacted it and sent knives to him.

You can see the post shared by Nikki Sixx below.

Spent the morning working out, the day at my studio painting and finishing it off with a swim with this little 🍯 🐻.Keep moving and stay positive. 🤘🏽