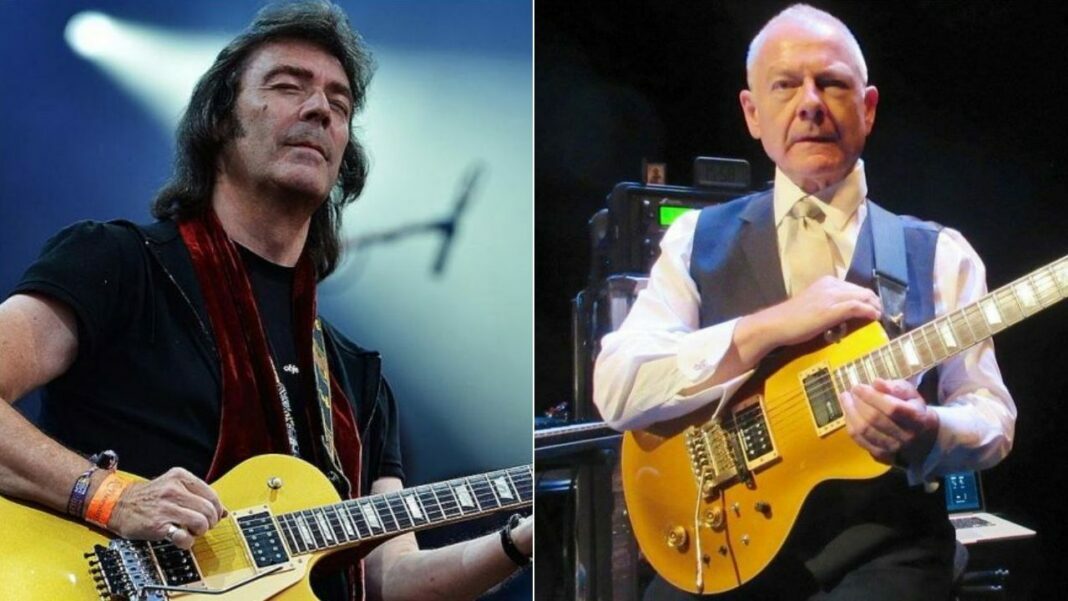 Genesis guitarist Steve Hackett recalled Robert Fripp‘s words that he should replace him in King Crimson in 1974 and revealed how the incident happened.

At the time, the suggestion were brought Steve when Fripp decided to abandon King Crimson. After all, the decision was declined by the management and Fripp stayed as the band’s guitarist.

“I had absolutely no awareness of that at the time,” Hackett said UCR. “He and I knew each other and spent time together.

“I had, you know, nothing but admiration for the way he basically led that band.”

“At a time when most bands were doing material that was blues-based, this was much more organized…

“Hell, we bought our first Mellotron off them because they had spares! That was meeting Robert for the first time.

“[Genesis keyboardist] Tony Banks and I went down to a place where they were rehearsing in the bowels of the Earth, below this cafe. It was a very dark and dank place.

“You wouldn’t imagine that such colorful music came out of such a humble place. But nonetheless, it served its purpose.

“We as Genesis were the poor cousins at that point. We had a King Crimson hand-me-down. But there we are – it was certainly worth it. In the wake of The Beatles, of course, the MK II Mellotron had a lot to answer for.

“It really helped Genesis a lot. I was very keen on Genesis expanding the keyboard arsenal as much as possible so that we had a big wide range of sounds to put across the stories of what we now call ‘progressive rock.'”