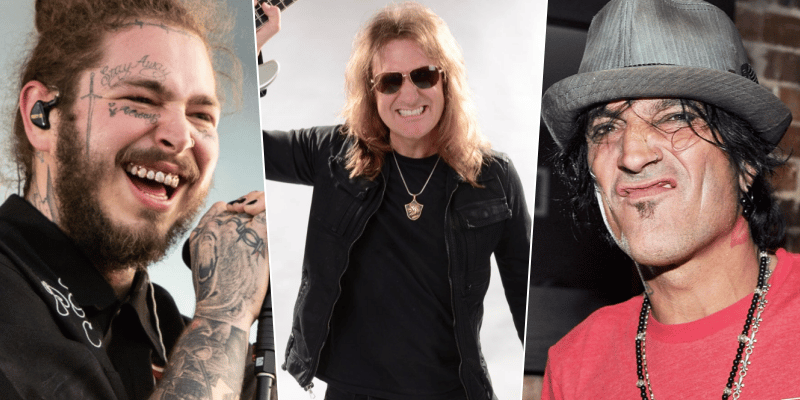 Recently, with a tweet he sent through his official Twitter account, Motley Crue drummer Tommy Lee has shared Megadeth bassist David Ellefson‘s “Over Now” cover and shared his honest thoughts about it.

On May 8, heavy metal band Megadeth bassist David Ellefson has released a cover version of Post Malone‘s “Over Now,” which taken by his second studio album “Beerbongs & Bentleys.” Also, Tommy Lee is the co-writer of the track.

When Tommy Lee sent the cover, she included the following caption to describe it: “Killer cover!!!!!”

His thought has supported by many fans of Tommy Lee, David Ellefson, and Post Malone. Many of Tommy Lee fans have contacted him about his co-writer track and opinion and said he did great.

On the cover, David Ellefson was joined Thom Hazaert on vocals, Ron “Bumblefoot” Thal on guitars and vocals, Andy Martongelli on guitars and Paolo Caridi on drums.

Also, David Ellefson has confirmed in a recent interview that he is one of the huge fans of Post Malone. He praised the track and added his words that if someone can take a song from another genre, and seamlessly transform it into a completely different genre, it proves what a great song it really is.

You can listen to David Ellefson’s “Over Now” cover and see Tommy Lee’s comment below.