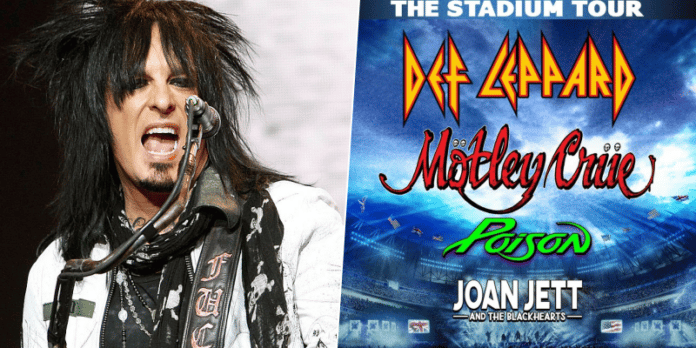 Recently, on May 1, the world-famous heavy metal band Motley Crue and Def Leppard have released a new official update about their upcoming Stadium Tour, which scheduled to kick off in Jacksonville on June 18, and revealed that they’ve been hard at work preparing for it.

Although the statement excited many fans who want to see them in their countries as scheduled, Motley Crue and Def Leppard fans were divided two many sides about the issue. While some fans defended that this threat will disappear until June, some of them believed that bands should postpone or cancel shows.

When we look at the band’s and artists’ recent social media posts comments, many fans are uncomfortable about the issue. You can read some examples of it.

As a response to Motley Crue, a fan named Jerry explained the current situation and stated that all shows this summer have been canceled or postponed. He also called Motley Crue and Def Leppard to the do same behavior.

To make an announcement June 1 when every state said no large gatherings of any sort, sports, concerts, festivals will not be allowed until a vaccine. All shows this summer have been canceled or postponed. Cancel already so folks can get their money back to use for essentials.

I know you guys don't want this to go to waste. Neither do we. But I'm not showing up if this concert happens on the scheduled date. No fucking way. A lot of fans out there are hurting and could really use that money right now. Whenever this is over, we'll be there again.

Don't cancel just change date if you have to we don't wanna lose our seats!

Please cancel so we can get our money back, my husband is self employed and has no work right now.

The situation was same with Motley Crue bassist Nikki Sixx.

Cancel it who would want to stand in a stadium sized crowd with all the shit that's happening!!!!!

This tour will not happen. Nobody will insure it. 2021

If you can’t have the show…Postpone!!!! If people want refunds, they can get one. People who want to keep their tickets, will still have a show to look forward to. Best of both worlds that way.