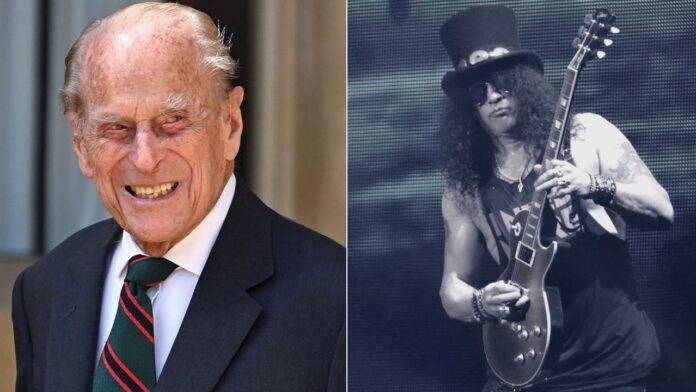 Slash, the guitarist of the American rock band Guns N’ Roses, sent his respect to Prince Philip, Duke of Edinburgh, and posted a special social media post in honour of him.

Philip, who also was a member of the British royal family as the husband of Elizabeth II, has passed away at 99 before two months of his 100th birthday. Although his cause of death has not been shared, it was told media that he passed away peacefully.

Recently, on Instagram, Slash paid his tribute to Prince Philip and mourned him. “RIP #princephilipdukeofedinburgh,” he said in his Instagram caption.

Under his post, people have sent some comments to say rest in peace to Prince Philip.