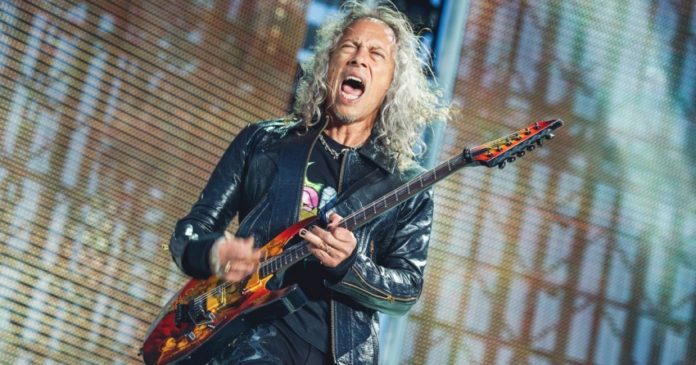 In the photo shared by Kirk Hammett, there were standing two guitars which include 1959 Gibson Les Paul, and a 1959 Fiesta Red Fender Strat.

The photo attracted great interest by the fans who saw the photo. They expressed that the guitars were looking amazing. They also insisted on Kirk Hammett to record his guitar collection and home.

While a fan named Chris writing, “Greenie! The holy grail of guitars!”, a fan named Daniel Sheehan wrote, “I love how often I see pictures of Greenie! That thing deserves to be played all the time, not just collected!”

You can find the photo shared by Kirk Hammett below.