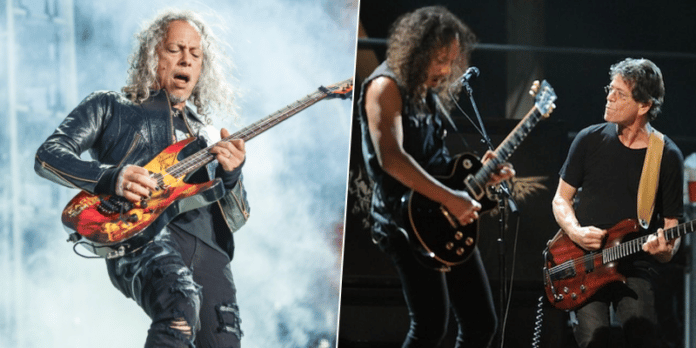 In a new appearance on Marin Independent Journal, Metallica guitarist Kirk Hammett mentioned the band’s collaboration with the American musician Lou Reed and touched the greatness of him.

When the interviewer asked what it was like to play with Lou Reed, Kirk said that he is a good guitarist. He also recalled their rehearsal and remembered the weird moment he lived with him.

“In fact, one time during a rehearsal, I set the wah pedal and he just walked up to the microphone and said, ‘Noooooo. No guitar solos. No wah-wah.’ And I was blown away. [Laughs]

Lulu, the collaboration of the Metallica and Lou Reed, was released on October 31, 2011 by Warner Bros.”