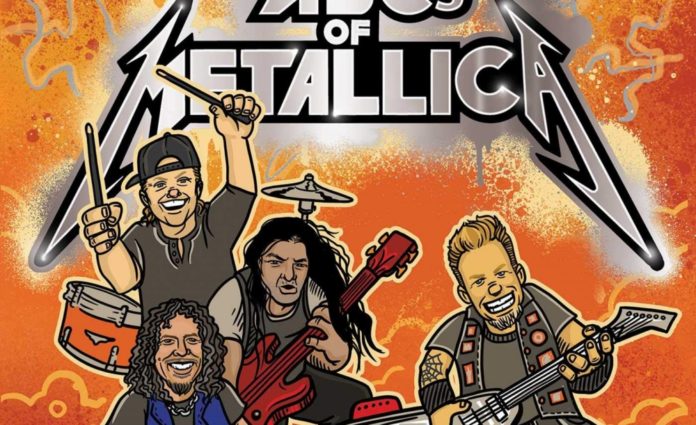 With the photo they shared in their social media accounts, the band wrote the definition corresponding to the letter ”F”.

Here’s the note about ”F” they shared:

“F is for Flying V,
The coolest shaped guitar.
James and Kirk sometimes played one,
The most magnificent axe by far.

It’s sound is always heavy,
And it looks great up on stage.
A staple in their guitar racks,
The Flying V is all the rage.”

Just in time for the holidays, “The ABCs of Metallica” is on shelves and ready to ship! Get your copy of this illustrated history of Metallica from A to Z, perfect for fans of all ages. A portion of all proceeds benefits the @AllWithinMyHandsFoundation. Available now at Metallica.com, @Amazon, and @BarnesAndNoble.