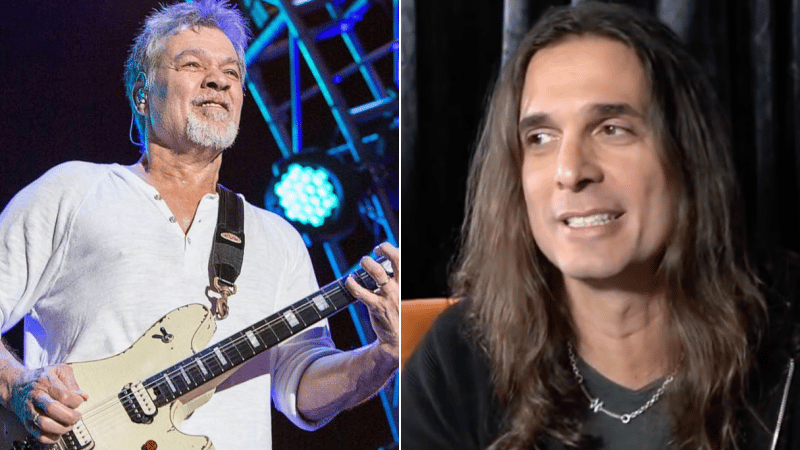 Megadeth guitarist Kiko Loureiro, also known for one of those who share his positivity with people who follow him, has uploaded a live stream in honor of Van Halen star Eddie Van Halen and mourned him once again just a few weeks after his passing.

Back in October 6th, 2020, one of the devastating announcements of the rock community has been shared through the Van Halen family, “Eddie Van Halen has passed away due to cancer at the age of 65.” When Eddie passed away, Kiko took to his social channels to say that Eddie’s passing is an unfortunate incident and that Eddie always influenced him in music.

Speaking about the Van Halen legend Eddie Van Halen, Kiko Loureiro has found a fun fact about him. He revealed for the first time that he didn’t know how to play Eddie Van Halen songs or solos.

When Kiko started the video, he said (transcribed by MetalCastle): “All right, all right. Hey guys. So, my idea here is every Thursday I will do a guitar lesson, uh, I will talk about guitar, answer questions, always live.

“And then, ‘Why Thursday?’ Just because I like Thursdays, and I don’t want to do it on the weekends. [Laughs] Yeah, maybe a little bit earlier now it’s like 9:30 p.m. for me here in Helsinki. So, I don’t know. But, every Thursday, that’s my idea.

Kiko Loureiro’s Eddie Van Halen lesson can be seen below.