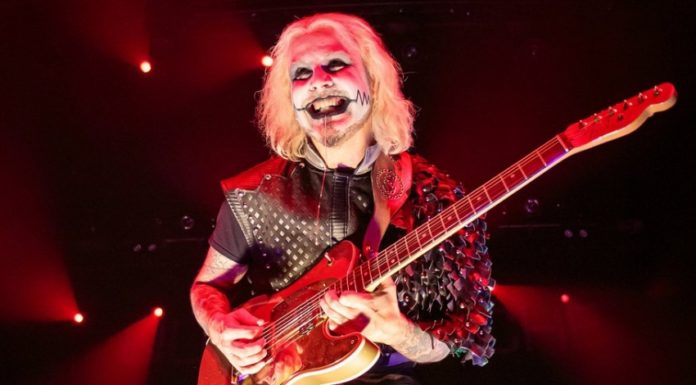 The 48-aged American guitarist John 5, known as the touring guitarist of the Rob Zombie, has just updated his social media account with a new live performance and showed his fans that how he spends his time while in self-quarantine.

In the video he shared, John William Lowery, best known by the stage name John 5, was playing guitar while wearing a monkey mask.

John 5 sent the live performance with the following caption: “Just monkeyin around playin to some drum loops on YouTube.”

In the comments of the video, many fans expressed that he looks so funny and thanked him because of made them laugh with his masked face. A fan named Rhonda has said about the mask that the mask reminds her of Limp Biscuit.

You can watch the video shared by John 5 below.

Just monkeyin around playin to some drum loops on YouTube