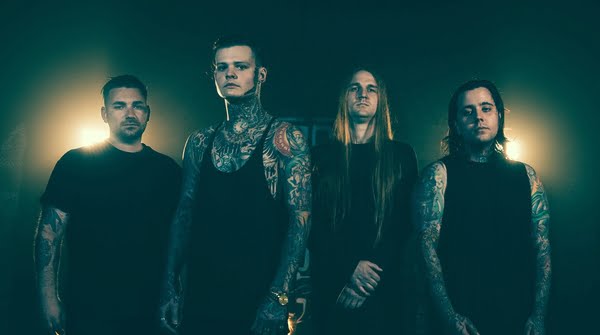 American deathcore band Lorna Shore, who fired the band’s frontman CJ McCreery in late December, are has just sent a message about their upcoming studio album, which will be released on January 31, 2020.

In the announcement, they stated that the album will be released as they planned, and the band’s former vocalist CJ McCreery is still in the album. They also said they would make more announcements about a new vocalist as soon as possible.

Here’s the message they sent:

“Lorna Shore wants to take a moment to thank all our fans and the metal community for all of your support while we have been dealing with the aftermath of our recent decision to move forward without CJ McCreery on vocals.

Today, we are announcing that we, in conjunction with the understanding and incredibly supportive people at Century Media Records, have made the decision to release our new album, ‘Immortal’ on January 31, 2020 as planned. The decision was something we did not take lightly. We have already begun the search for a new vocalist, and we have EVERY INTENTION to continue Lorna Shore stronger than ever. Our fans and the metal community have been extremely patient through multiple delays surrounding this album. You’ve waited long enough. It makes no sense to scrap or revise the record with new vocals, which was a feeling shared by both the band and label.

So to be clear – Lorna Shore is all systems go. We will have further announcements regarding a new vocalist as soon as possible. Europe/UK tour with Decapitated is happening. Don’t believe anything you hear unless you hear it from us. We won’t let you down.”