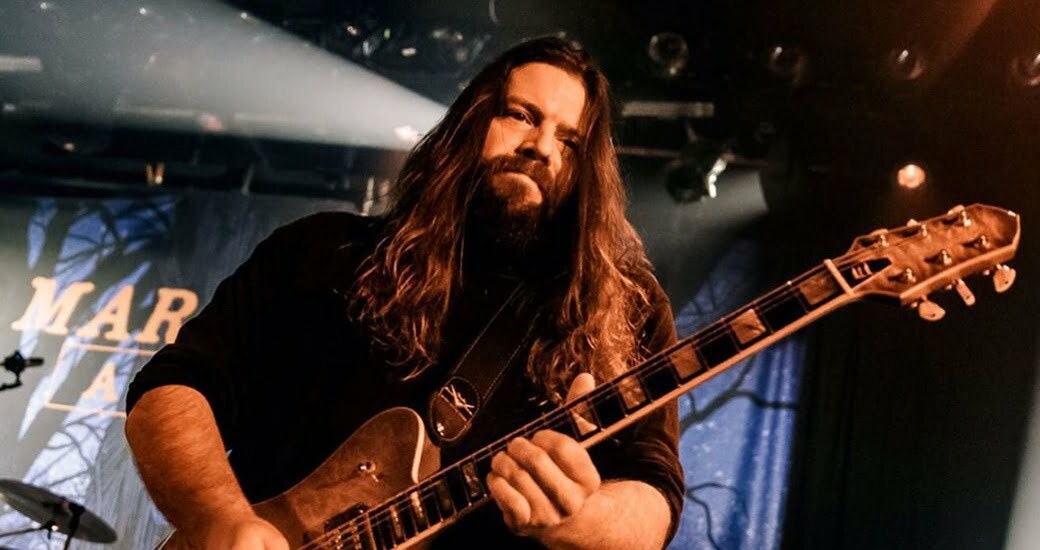 In a new interview with Alex Haber of Heavy New York, Mark Morton, the guitarist of the American heavy metal band Lamb of God, has revealed his favorite frontman in the heavy metal community and chose his bandmate, Randy Blythe.

While Mark talking about their performance at the 2019 Sonic Temple Art + Music Festival in Columbus, Ohio, he stated that Randy made that stadium into a theater.

“That particular Sonic Temple Festival, it was in a stadium, and Randy Blythe, who I think is the best frontman in heavy metal, made that stadium into a theater that day.”

Mark recalled what he said to Randy while they leaving from the stage.

“I remember telling him when we walked off stage, ‘Randy, you’re the best in the world.’ Because he took tens of dozens of thousands of people who were there, and he shrunk that whole stadium into the size of a 2,500-seat theater. That’s why he’s the best in the world at what he does.”

He also said that Randy is one of his best friends, and stated that he thinks Randy is the best frontman in the heavy metal community.

“I will give him love all day long. He’s one of my best friends and I think he’s the best frontman in heavy metal. Sometimes when you have a star like that and they’re 100 percent on point and the audience is willing, you can actually make that connection even in a monster arena like that.”