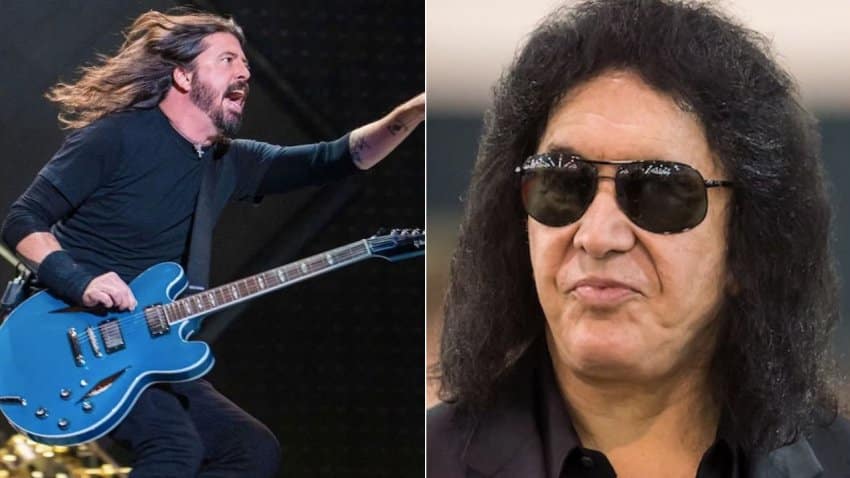 KISS bassist Gene Simmons, who keeps saying for a long time that rock is dead, has recently made blasting comments about Foo Fighters and made a piece of rock fans angry.

Speaking to Heavy Consequence, KISS bassist argued that “if you rank Foo Fighters among rock icons like Metallica, Iron Maiden, The Beatles, and more, you’re kidding yourself.”

“And you can go to the heavy part of it, which is Metallica, Maiden, if you want to put KISS in there, that’s fine. AC/DC, on and on and on. Even U2, Prince, Bowie, Eagles.

“And then you get to disco stuff, and Madonna, and that stuff, and Motown, of course. And then from 1988 until today, who’s the new Beatles?”

“I’ve heard a reaction of Foo Fighters, one of my favorite bands, but you’re kidding yourself.”

Later, Gene Simmons shared a piece of words about One Direction, and BTS. He mocked the fans who listened to them.

“There’s also the boy bands: NSYNC, One Direction, BTS, and [sarcastically] XYZ, PTA, and good for them that they’ve got success.

“Don’t kid yourself. As soon as those girls are gonna grow a little bit older, that’s going to go away. It’s like sugar: you taste it, it gives you that little energy boost, and then it’s gone forever and you don’t care.

“But don’t kid yourself, it ain’t The Beatles. They don’t write songs, they don’t play instruments, it ain’t that. And we all love Elvis, never wrote a song in his life. There’s just nothing that compares to The Beatles.

“The reason for that is not because there’s a lack of talent, but because young folks, that kid living in his mom’s basement, decided one day that he didn’t want to pay for music. He wanted to download and file share.”