Subscribe
NEWS METAL Kirk Hammett Recalls His Joining Metallica: “I Thought It Was An April... 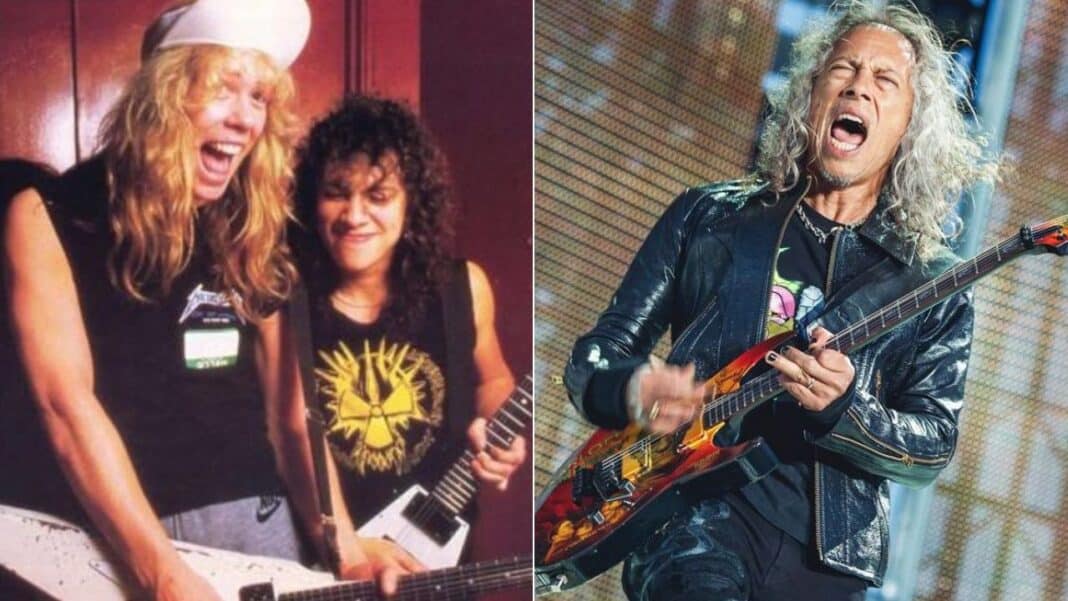 Kirk Hammett, the lead guitarist of the heavy metal band Metallica, made his recent appearance on Gibson to recall his joining Metallica and remembered the phone call he made just before his joining.

As some of you might remember, Kirk Hammett has been a member of Metallica since 1983. He joined the fold after the firing of current Megadeth leader Dave Mustaine. With the band, Kirk Hammett achieved world-success and was beloved by many rock icons and listeners.

Speaking about his joining, Kirk Hammett stated that he thought at first that it was an April Fool’s joke, adding, “I had to say to the person on the other end, ‘Is this an April Fool’s joke?’ And he said, ‘Nope. They heard the Exodus demo and they’re very interested in you flying out and trying out for the band.'”

He continued, “And I had to say to the person on the other end, ‘Is this an April Fool’s joke?’ And he said, ‘Nope. They heard the Exodus demo and they’re very interested in you flying out and trying out for the band.’

“And I remember sitting down with that Metallica demo tape and just learning as much as I could, and then flying out. And I remember when I arrived in New York City, and I arrived at the rehearsal spot in Jamaica, Queens.

“And I remember saying hello to them and then 15 minutes later, they’re saying to me, ‘Come on, let’s just play some tunes! Well, what do you want to play?’

“And I instantly went for the easiest song to play, which is ‘Seek and Destroy.’ And I remember playing ‘Seek and Destroy’ with them, and I couldn’t understand why Lars and James kept on looking at each other and smiling.

“And I thought, ‘Wow, they must really enjoy this song… Or maybe there’s something else going on that I don’t know about.’ I later found out that it was because they were just so happy that it sounded so good right from the start.”

He concluded, “And I just started playing shows with them. And then the next thing, I’m in the studio with them and recording [the 1983 Metallica debut] ‘Kill ‘Em All.'”