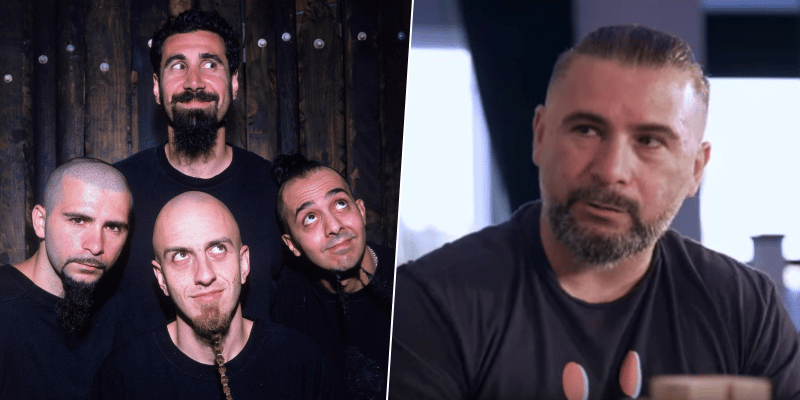 In a new appearance on Let There Be Talk, the American/Armenian musician John Dolmayan, also known as the drummer of the Grammy Award-winning heavy metal band System of a Down, has talked about the current state of the band and shared his honest opinion about it.

While he talks about the issue, John Dolmayan said they’re having great times on stage. He also said everybody does his own job.

“Everybody pretty much does their own thing, but that’s been the way it’s been since day one, so it’s not like that changed.

John Dolmayan also said he don’t wanna spend his time with make a covers album. He explained what he want.

“Listen, I’m as confused as other people are. I’m more frustrated than everybody else. ‘Cause at the end of the day, this is it – this is what my life’s work is.

“And as much as I enjoyed making the covers album [‘These Grey Men’], and I’m glad people are digging it – it’s getting a pretty good response – and it was a lot of fun to make, but I don’t wanna have time to make a covers album.

System of a Down has released its fifth and latest studio album named “Hypnotize” on November 22, 2005.