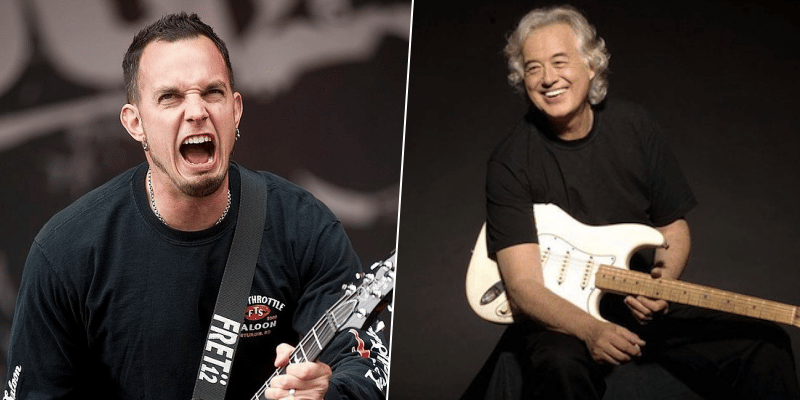 In a new appearance on Louder Sound, the American rock band Alter Bridge guitarist Mark Tremonti has talked about Led Zeppelin and praised them due to their success.

While he talks on the issue, Mark Tremonti said: “Other than ‘Kashmir’ not being on it, this is Led Zeppelin’s most incredible album. It’s got ‘Rock N’ Roll,’ ‘Going to California,’ ‘Black Dog,’ ‘Stairway to Heaven’ on it – the whole thing is insane.

“If you were to buy one rock record in the world, this is the one to get. Led Zeppelin are, in my opinion, the best rock band that’s ever existed.”

While he continues to his words, Mark mentioned the Led Zeppelin legend Jimmy Page and said about him that he is the master of rock.

“There’s the cool, classic fingerstyle stuff on ‘Stairway,’ and of course there’s riffs for days all over the record. Jimmy Page is the master of loose rock playing. It’s all about the feel with him – he’s got swagger.

“You can hear such attitude in his guitar work. Not many people can pull that kind of thing off. He’s one of the greatest composers on the guitar, not just for guitar parts but for songs, as well.”