Subscribe
NEWS Joan Jett Addresses The Current Situation Of Stadium Tour: “I Would Not... 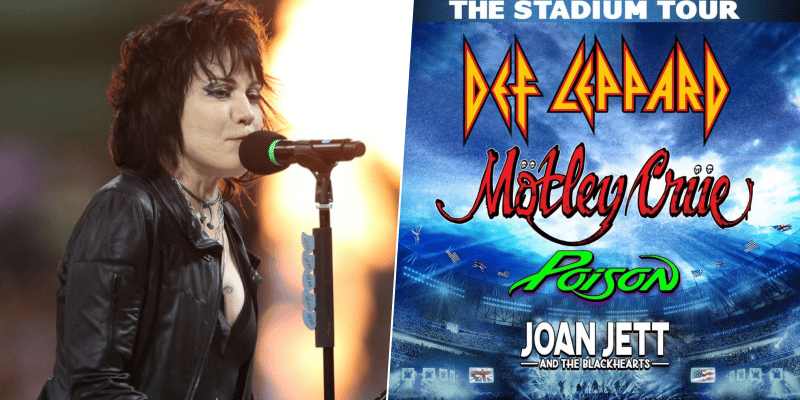 The American rock singer Joan Jett sat with Trunk Nation’s Sirius XM and shared her current thoughts about her upcoming shows by saying that she doesn’t feel that it’s right to play stadium shows during the ongoing coronavirus pandemic.

But during an interview, she touched those shows she will play with Motley Crue, Def Leppard, Poison and Tuk Smith & The Restless Hearts and said it will be dangerous during ongoing coronavirus pandemic.

“I’m not saying it’s an easy decision – I know people are struggling all over the country with what to do and how to do it.”

Joan also said she looks forward to playing on stage again and that she heard some good ideas about playing again.

“Of course I want to play as soon as we can do it. I’ve heard there’s some ideas like a drive-in where we could still see live music. That’s a step I’d enjoy taking, but it’s still not people together and that’s going to take a while.

“When people feel safe to be together, I would hope that we’ll all feel the same way. If things are safe, I’d be into it, but obviously that means testing but you’ve got to keep doing it.”

The Stadium Tour is scheduled to kick off at TIAA Bank Field in Jacksonville on June 18.