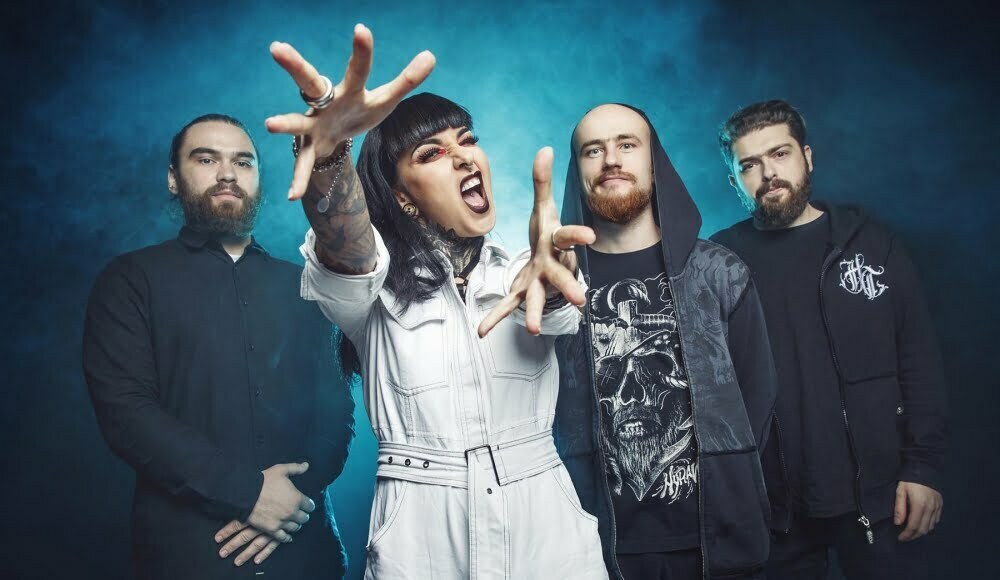 Ukranian-based heavy metal legends Jinjer has just arrived at the end of the European Macro Tour 2019 with a show they played at Barba Negra in Budapest on December 22. In a recent post on Instagram, the band expressed their gratitude to Khroma, Space Of Variations and The Agonist, who accompanied them during the tour, for sharing the stage, the bus and backstages with them.

You can read what Jinjer wrote about the tour and the special guests below.

“The Macro Europe tour 2019 is officially over! We express our sincere gratitude to The Agonist, Khroma and Space Of Variations for sharing the stage, the bus and backstages with us for more than a month and a half all across Europe. That was simply unforgettable. We want to say thanks to everyone who came to see us in every single city and town we played. And of course we are thankful to our mighty and unbreakable CREW who made it possible every night.

That was an overwhelming experience – a SOLDOUT tour with absolutely different game level is something we have been working for so hard. But the sky is the limit and the Future definitely holds something even better for JINJER and all our fans around the globe.”

Also, on December 13, Jinjer has announced that they will perform at the 10th Anniversary of Impericon Festival in 2020.