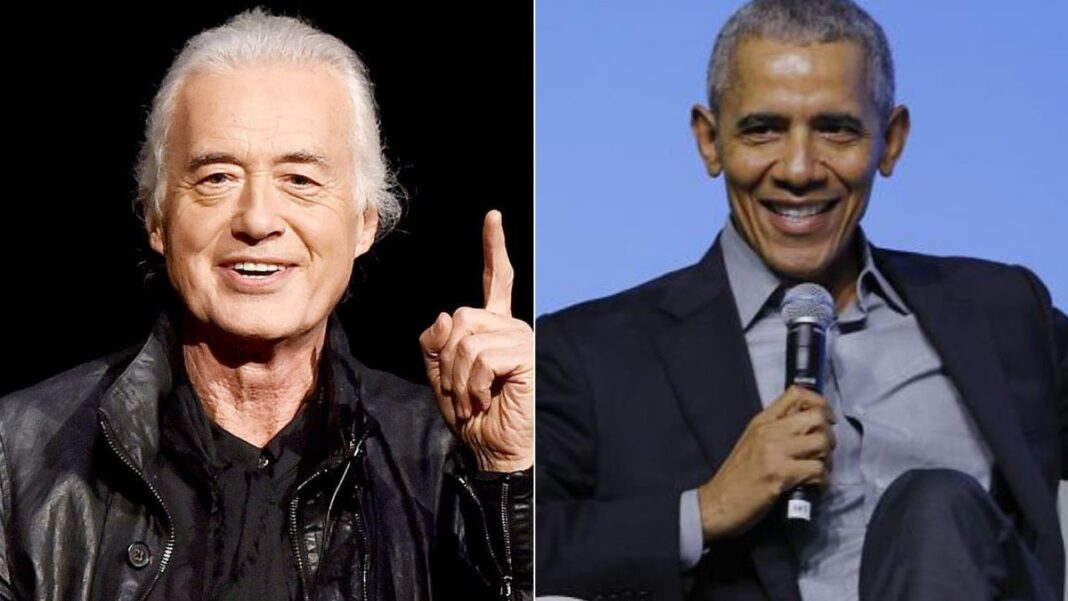 The guitarist and founder of Led Zeppelin, Jimmy Page, has recently added a new story on his official ‘OnThisDay’ series and recalled the 44th president of United States Barack Obama’s honoring his band Led Zeppelin.

In the social media post, Jimmy Page was taking fans back to 2012 to his and his band’s receiving Kennedy Centre Honours. On that day, Jimmy Page and Led Zeppelin was honored by Barack Obama and received touching words from him.

Jimmy Page captioned: “On this day in 2012, I received a Kennedy Centre Honours with Led Zeppelin.
⁣
“I had the honour of meeting President Obama and Mrs. Obama, President Bill Clinton and Secretary of State Hilary Clinton in Washington DC. ⁣
⁣
“Led Zeppelin were honoured by the then president Obama for our contribution to America culture and the arts, alongside David Letterman and Dustin Hoffman who also received the Kennedy Centre Honours award.⁣”

Jimmy continued, recalling Obama’s speech: “‘When Jimmy Page, Robert Plant, John Paul Jones and John Bonham burst onto the musical scene in the late 1960s, the world never saw it coming,’ Obama said in his tribute.⁣
⁣
“There was this singer with a mane like a lion and a voice like a banshee, a guitar prodigy who left people’s jaws on the floor, a versatile bassist who was equally at home on the keyboards, a drummer who played like his life depended on it.
⁣
“It’s been said that a generation of young people survived teenage angst with a pair of headphones and a Zeppelin album… but even now, 32 years after John Bonham’s passing – and we all I think appreciate the fact – the Zeppelin legacy lives on.
⁣
“The president then thanked the band for behaving themselves at the White House given their history of ‘hotel rooms being trashed and mayhem all around.’⁣

“We honour Led Zeppelin for making us all feel young, and for showing us that some guys who are not completely youthful can still rock!”