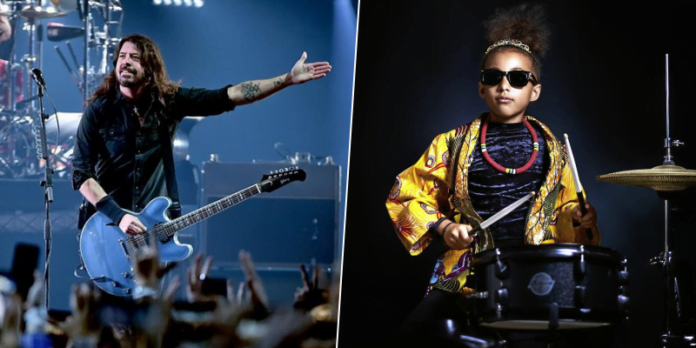 “Everyone knows how much I love the @foofighters! I wanted to learn ‘sky is a neighbourhood’. I love this song! I really hope to jam with all the Foo Fighters especially @taylorhawkins and Dave Grohl one day! Thank you for all my support. @fender @LudwigDrumsHQ @ZildjianCompany”

Foo Fighters mesmerized her performance and purpose. They responded, “WOOWWW!!!! THANK YOU @Nandi_Bushell!!!!” They also added the fire emojis at the end of the caption.