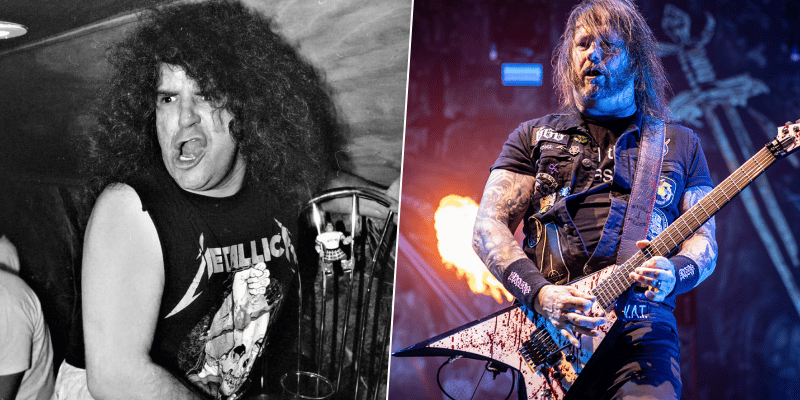 The California-based 41-year thrash metal band Exodus star Gary Holt has just updated his social media account with a new post including Exodus‘s former vocalist Paul Baloff, who died after suffering a stroke in 2002, and celebrated his birthday through it.

In the photo shared by Gary Holt, Paul was posing while holding alcohol in front of an alcohol cabinet. He was wearing the iconic jeans sleeveless jacket as usual.

In the comments of the post, the fans sent condolences to Gary Holt and Paul‘s family, and they also celebrated his birthday with the comments they wrote.

Paul Baloff appeared on Exodus‘s 1982 Demo album and their first official album, which released in 1985.