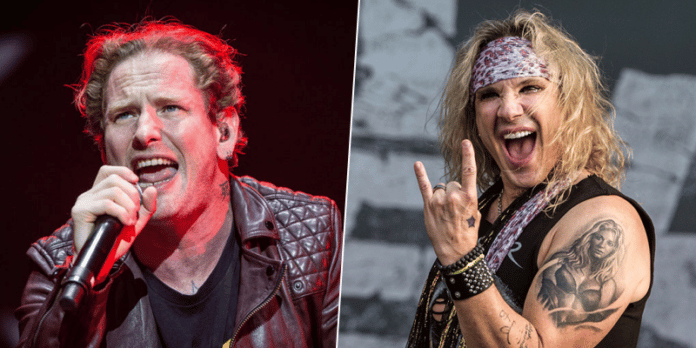 The 46-year-old singer Corey Taylor, best known as the vocalist of the Grammy Award-winning heavy metal band Slipknot, has just appeared on California-based rock band Steel Panther‘s daily video clips reminding you what day it is.

Steel Panther put the following words in the caption of the video: “BREAKING: For today’s special report we go live to…”

They added: “Don’t worry, everyone, we’re never going to stop fucking. We’re trying to provide a public service during a pandemic and it has come to our attention that, occasionally, your grandma or your six year old needs to know what day it is too. Fucking will resume shortly…”

Corey Taylor has also retweet the video with his comment and said: “Happy to do my part in this important public service announcement.”

BREAKING: For today’s special report we go live to… pic.twitter.com/UdmdhGLhvM

Happy to do my part in this important public service announcement. https://t.co/WZU3LYJw6b