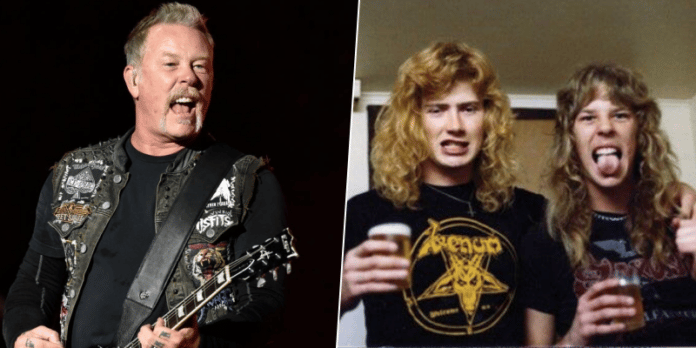 The original bassist of the heavy metal band Metallica, Ron McGovney, who appeared on Metallica‘s early demos before departing in 1982, revealed one of the rarest photos of the band including him and showed the special gift given by Motorhead legend Lemmy Kilmister.

In the photo taken in 1982, James Hetfield, Lars Ulrich, Dave Mustaine, who fired from the band in 1983, and he were posing together under the name of Metallica. They were looking quite young. Also, while Lars Ulrich wearing a Metallica shirt in the photo, Ron McGovney was wearing a Motorhead shirt, which given by Lemmy Kilmister. The photo was about it.

Ron sent the photo to Motorhead’s official Twitter account, which celebrates the 8th of May, Motorhead day.

When Ron posted the photo, he wrote the following statement to describe the moment he lived with the legends of Metallica: “That’s me in the @myMotorhead shirt in 1982 that Lemmy gave me.”

You can find the rare photo below.

That's me in the @myMotorhead shirt in 1982 that Lemmy gave me. pic.twitter.com/u9m15QARjZ