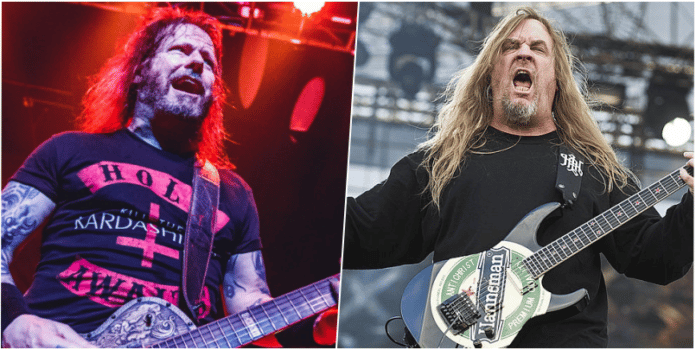 Gary Holt, known with his 8-year career with the thrash metal legends Slayer, remembered the sad passing of one of the successful guitarists in the metal community, Jeff Hanneman, best known as a founding member of Slayer.

With a recent photo he sent on his social media account, Gary Holt revealed the rarest moment he lived with Jeff Hanneman, who died at the age of 49 due to liver failure on May 2, 2013. In the caption he wrote, Gary Holt mentioned how talented musician Jeff Hanneman was.

You can read what Gary Holt wrote for the guitar monster below.

“RIP Jeff. Seven years now since the world lost you and your talents. You are missed.”

In the comments of the post shared by Gary Holt, fans talked about how great musician Jeff Hanneman was. Some of them stated legends never die.

RIP Jeff. Seven years now since the world lost you and your talents. You are missed