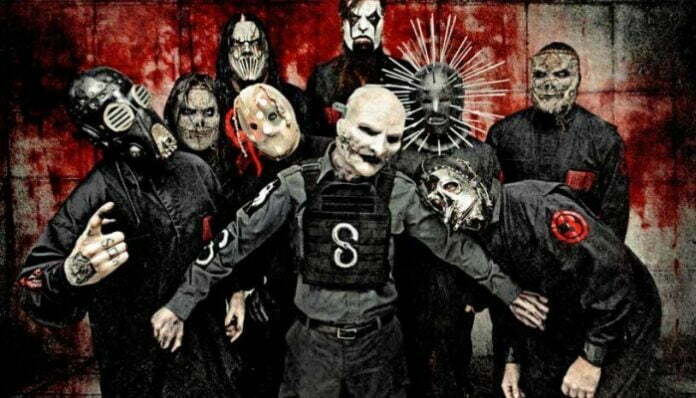 Formed in 1995, American heavy metal legends Slipknot have just shared a statement about the canceled Knotfest Mexico. Because of a broken barricade and failed attempts to fix it, Slipknot were forced to cancel the shows last night.

“Because of a broken barricade and failed attempts to fix it, Slipknot were forced to cancel our performance last night. Safety – especially the safety of our fans and fellow bands – is priority number one. We apologize profusely and hope you all understand. If anything were to happen to any of you, we wouldn’t forgive ourselves. Also, If we could have fixed the barricade correctly, we would have gone on stage. Again, we hope you all understand and we will try to make it up to you as soon as we can.”

Also, Evanescence have shared a statement about the canceled show and gave a promise to fans. Here’s the Evanescence’s statement:

“We are heartbroken we didn’t get to play for you tonight, México City. Your safety, your life is more important than any show! We love you and we will be back soon, that’s a promise.”

Update: Also, the band has just published a new statement about the cancellation of their set at Knotfest Mexico last night. Click here for the read. 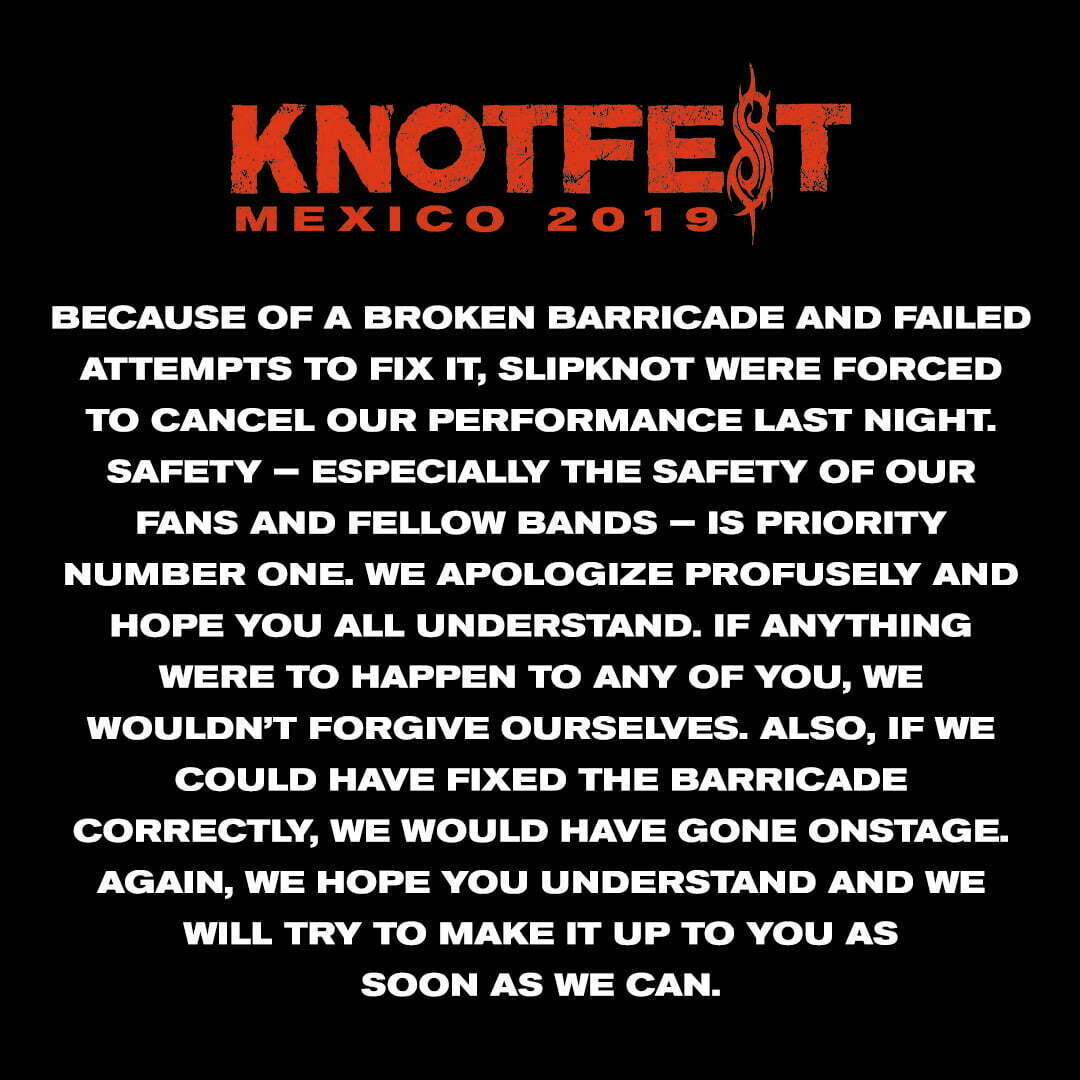