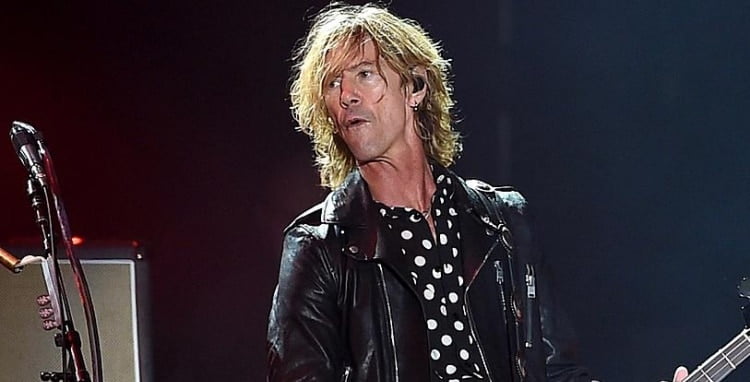 In a new conversation with The Triple R Podcast, Duff McKagan, best known as the bassist of the American rock band Guns N’ Roses, has talked about the band’s upcoming shows and touched the financial side of lockdown.

While he talks about the financial status, Duff said that he worries about the people who work with them. Also, Duff has talked about the things he could do and said it was a responsibility.

“I don’t know what the outcome of this is gonna be in jobs. My most important thing right now is keeping the people that work for me employed. We have 80+ people on our crew that we’re terrified about right now.

“We have to figure out what we’re gonna do and keep them from losing their house or something like that. The only thing I can do is keep the people that work for me employed. I’m able to do that.

“I think it’s a responsibility. I think it’s patriotic – whether they’re working or not.”

Duff has also talked about the people in the team he worked with and their duties. Duff touched the importance of people working with them.

“We have truck drivers. And we have hotels that we’ve booked, we have all the people that work in those hotels, the people who are working in parking lots and concessions, and everybody works for us, which is a big traveling group.

“We have riggers and carpenters and lighting people. And then, of course, the backline, people at the monitor, the sound people. And it adds up. Every time we go into a city, people come from outside the city and get their hotels to come stay and see us play and buy food at restaurants and all that kind of stuff.”

He continued: “So we bring small economies to these cities we go to, and everybody’s gonna feel it, of course.

“So, yeah, we feel a responsibility to get back out there. Of course, we can’t until it’s safe. So we sit here. We talk about it. We try to keep abreast of everything that’s going on daily.”