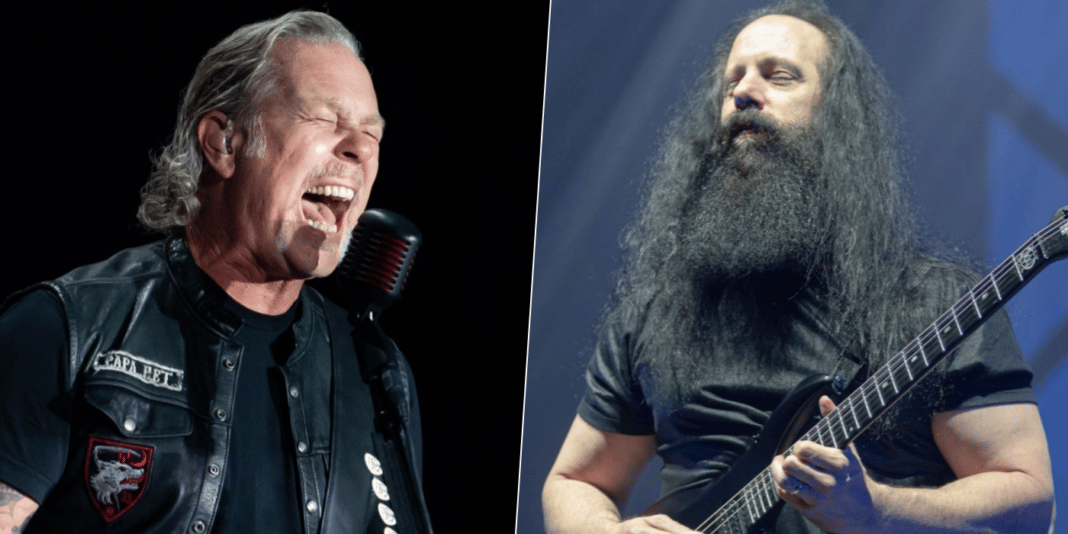 In a new interview with UG, John Petrucci, known for the guitarist of the progressive metal band Dream Theater, talked about Metallica‘s music in 2020 and revealed how they feel him during these days.

While they were talking about the music, John Petrucci was asked if he still feels the same as the first time he heard them. He replied to say what he thought about them and touched the difference between his first hearing and present.

“I would say, in general, yes. I still get that impact if I hear a song by Rush, or Metallica, or Yes, or whatever bands I was listening to when I was a teenager. I still get that feeling of the way the music impacts me.

“The difference is that back then, when I was learning guitar, I had no idea how they were doing what they were doing, on every aspect, even the fact that the amplifier they used on ‘Master of Puppets,’ I now have a signature version of that old Boogie – that is just mind-blowing to me.

He concluded his words by saying that it doesn’t get old.

“So there was a huge learning curve. That part – the mystery of how they were doing it isn’t there anymore because now I’m experienced, I’m a professional, so I know how to play guitar now, hopefully, and I can play those songs and know what they were doing, musically. But the impact of those songs is 100% still there. It doesn’t get old.”