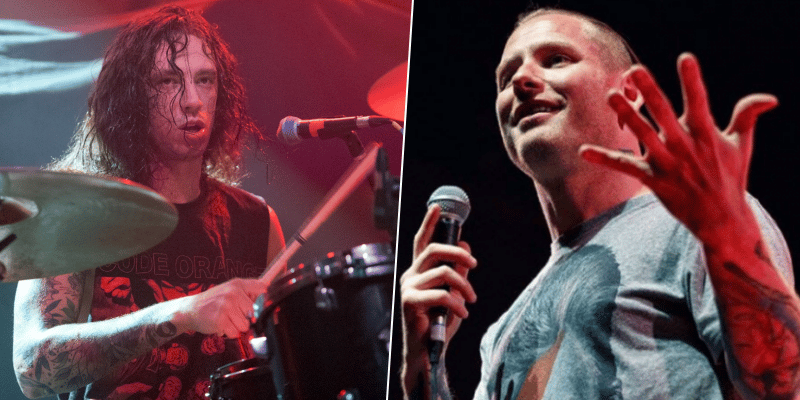 In a new appearance on Heavy Consequence, the American hardcore punk band Code Orange vocalist/drummer Jami Morgan has talked about the heavy metal legends Slipknot singer Corey Taylor and praised him about his behavior.

While he starts to talk, Jami mentioned their new full-length titled “Underneath” and revealed the purpose of it.

“I only want to make the kind of music that I think should be out there, and I want it to be as big as it could possibly be. I have no bones about that. The only thing we won’t do is make songs to particularly put us in that position.

“But we want this music to have the biggest platform possible and we’ve said that for a long time. We’ve toured our asses off for so long. We are not willing to sacrifice the art to do so but we absolutely want a bigger platform.”

While he continues his words, he talked about Slipknot and how the band vocalist Corey Taylor writing the songs.

“Two, Slipknot – especially now knowing some of them personally – are coming from the exact same perspective. Whether people in the underground like it or don’t, when Corey Taylor is writing his lyrics he’s 100% reflecting on his truths. There’s no bones or bullshit about it.

“Some people may like that or not, but they’ve accomplished so much musically and artistically just by doing that. Obviously they’re one of the bigge”st metal bands out there but they were told so many times they wouldn’t make it.

Jami also touched Slipknot’s success and praised them for it.

“Look at where they’re at now. I can see why some people don’t like it, but those guys have gone out of their way to help us out. When I texted Corey to ask him to hop on our song, he responded, ‘Absolutely, we will do it on our off day in Iowa.’

“No money was discussed, no nothing. What else can you ask for? I am more than proud to go and support them.”

Code Orange has released its fourth full-length studio effort titled Underneath on March 13, 2020, via Roadrunner Records.