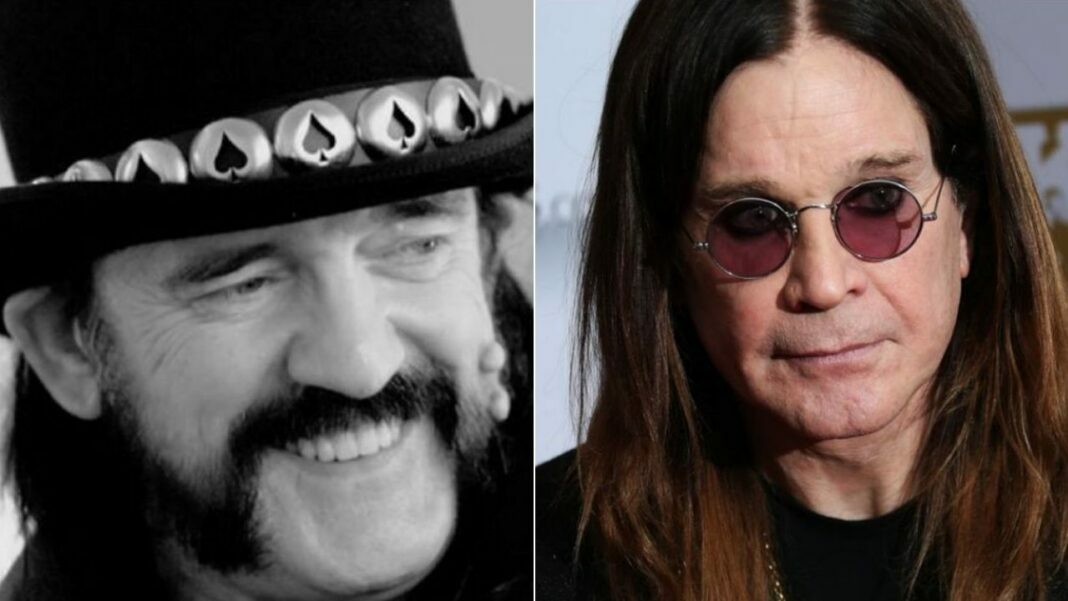 Ozzy Osbourne, one of the legendary members of the heavy metal band Black Sabbath, recalled the shocking Lemmy moment while opting him for his rock god.

As some of those might remember, Lemmy Kilmister, the bandleader of the Motorhead, has passed away on December 28, 2015, just four days after his birthday. It was reported at the time that there were three reasons for his passing, prostate cancer, cardiac arrhythmia, and congestive heart failure.

However, in a recent interview with BBC Radio, Ozzy Osbourne was asked if he reveals his rock god. He revealed some shocking moments he lived with Lemmy and admitted that he is his rock god.

Revealing his rock god, Ozzy Osbourne mourned one of the greatest guitarists and stated that his rock god is late Motorhead guitarist Lemmy.

“My rock god is Lemmy Kilmister,” Ozzy opted. “Lemmy was a guy – he shot from the hip every time. ‘That sucks,’ or, ‘I like that.’

And then, Ozzy Osbourne continued by recalling the shocking Lemmy Kilmister moment he ever lived on his entire life. He revealed the thing that Lemmy finished surprisingly in four hours, although he thought it’s gonna be a week.

“So, I’d give him a tape, and I had this book on World War II,” Ozzy said. “I haven’t read it and I told him, ‘Tell me what you think. And I have a bunch of these lyrics – whenever you can…’ I’m thinking, it’s gonna be a week.