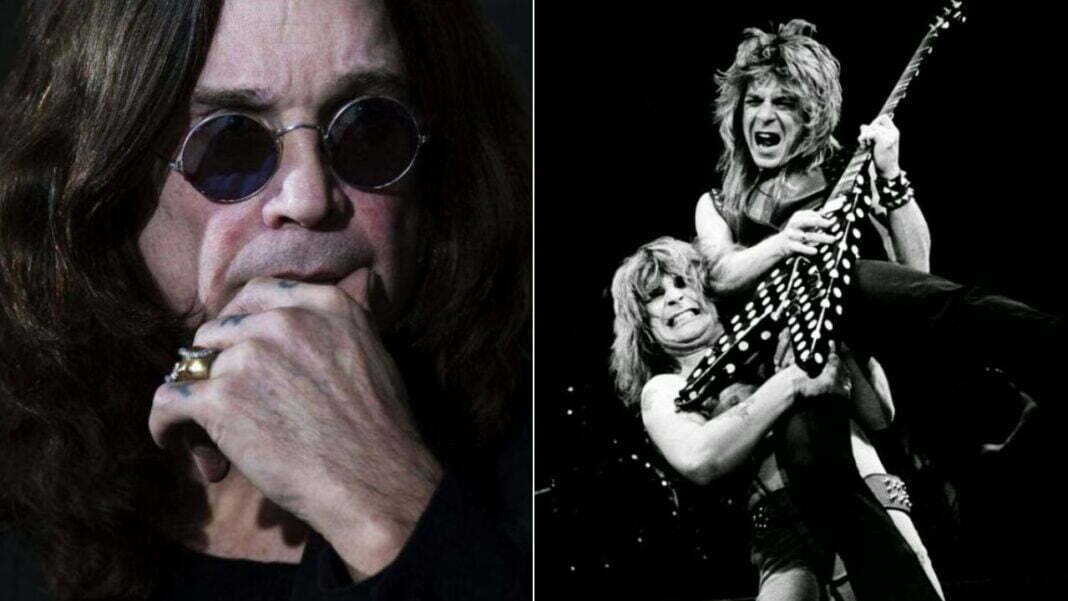 The British heavy metal musician Ozzy Osbourne, who came to prominence with Black Sabbath, took to his official social media accounts to take fans back to his past and disclosed a rare photo of Randy Rhoads.

However, with a recent appearance on social media, Ozzy Osbourne has sent a throwback photo to remember their appearance on April 25, 1981, at Tower Theater in Upper Darby, PA.

Ozzy Was Alongside Randy Rhoads

In the photo taken in 1981, Ozzy Osbourne and his crew were in the middle of “Blizzard of Ozz Tour,” which was kicked off on September 3, 1980, in Blackpool and concluded at Daytona Beach at Peabody Auditorium on September 13, 1981.

On stage, Ozzy Osbourne was shining with his white suit. Randy Rhoads was looking familiar as his previous appearances. Also, behind Ozzy Osbourne and Randy Rhoads, the drummer Tommy Aldridge and the bassist Rudy Sarzo were there.

Ozzy Osbourne and his crew were rocking out the crowd who came to see them on the show. Although the photo was old, the members in it are insane.

A fan said: “Randy I don’t know if you can see this but you are one of the reasons I started playing and building guitars. Hope you are doing ok wherever you are.”

Meanwhile on Twitter, a fan has sent a tweet for Randy Rhoads. He wrote only the guitarist’s name and added a star emoji.