NEWS Alter Bridge’s Mark Tremonti Reveals The Rare Conversation He Made With Eddie... 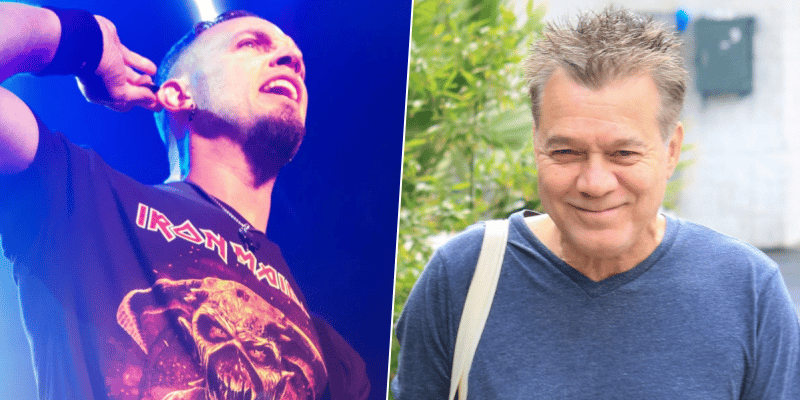 During an appearance with them, Mark Tremonti was asked if he jammed with Eddie Van Halen. He replied:

While he continues to his words, Mark remembered the Los Angeles show and revealed the words that Eddie Van Halen told him. He also explained why Eddie Van Halen asked him that.

“I remember one time I was in LA, warming up for a show and somebody was standing behind me for a minute and all of a sudden I turn back and it was Eddie Van Halen and he goes, ‘You don’t pick very much, do ya?’

“Because I was just warming up my left hand doing some legato runs. That was a crazy moment. I have probably met Eddie a dozen times over the years but every time we would meet up it was always an intense moment because he’s such a legend.”