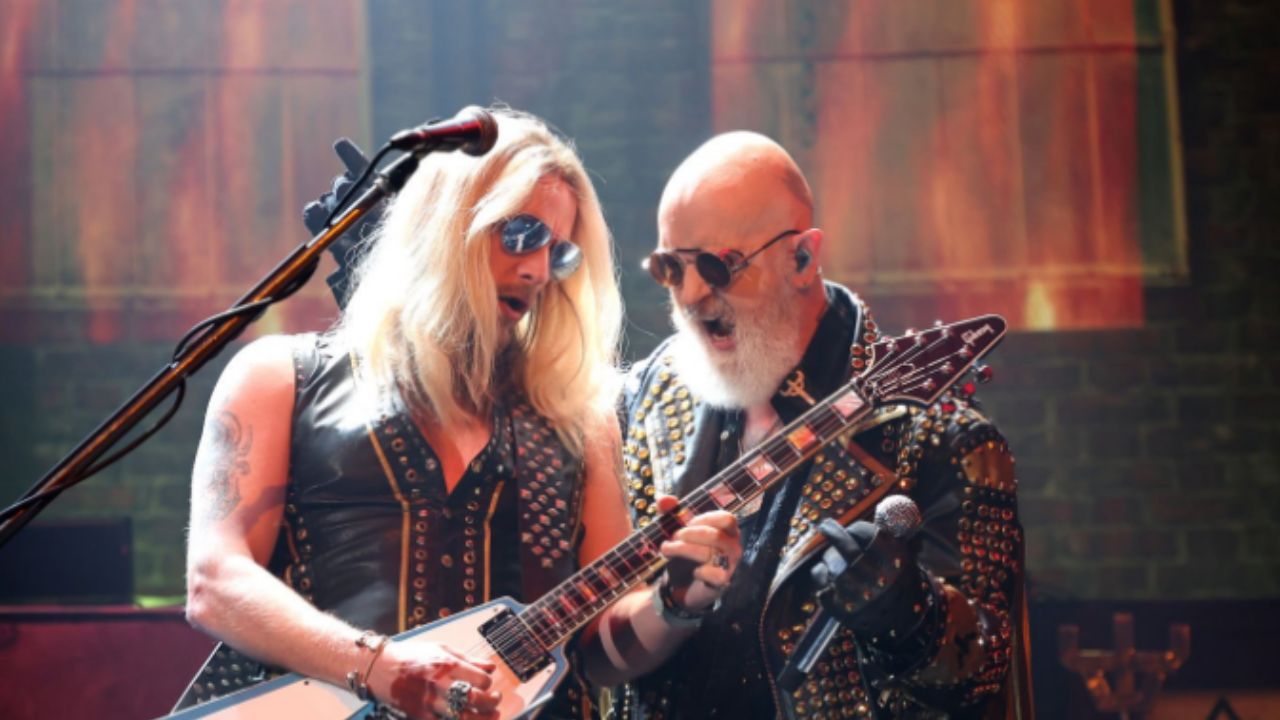 Judas Priest guitarist Richie Faulkner did a brand new interview with Sean P Mckenna of East Cost Lives. The Priest guitarist said the band’s concert at the Tsongas Center at UMass Lowell in Lowell on April 4 was canceled due to Rob Halford‘s health problem.

The UK Birmingham-based grammy-winning band made their debut in the early 80s with their iconic albums British Steel and Screaming for Vengeance. Judas Priest, who became internationally famous with their British Steel album, has sold more than 50 million copies worldwide.

Judas Priest, who won The Metal Guru Award back in 2005, had won the Grammy Award, for which he was nominated four times before, in the category of “Best Metal Performance” in 2010 with the song “Dissident Aggressor” from its third studio album, “Sin After Sin”.

Anyway, starting their North American Tour on March 4, Judas Priest canceled their concert in Lowel, MA, his last stop in the USA, due to health problems of the band’s vocalist Rob Halford. The band will be performing in Canada the next week.

Judas Priest also had to cancel their Moscow, Petersburg, and Kyiv concerts due to the crisis between Russia and Ukraine.

In an interview with Mckenna, Faulkner stated that Priest canceled the Lowel, Ma show due to the cold that Rob Halford had, and said that these were the usual things during the tour.

“And even pre-COVID, now post-COVID, so to speak, you’re gonna catch bugs and stuff like that; it’s just part of the life we lead. And obviously being a singer, if it was me or Ian or Scott or Andy, I think we could maybe just hammer through it, but obviously, when your instrument’s your voice, it’s a bit harder to do. So he’s resting up, he’s resting his voice, he’s on some meds, and he’s gonna get through it.”

Stating that he is happy to return to tours and interact with fans face-to-face with the effect of Covid-19 a little less, Faulkner answered the question of whether you needed extra precautions to tour during the pandemic.

“Obviously, I don’t think [COVID-19 has] gone away completely yet — we’re still hearing of cases here and there — so we’ve gotta be somewhat careful. It depends on what you listen to, what kind of sources you listen to, but you’ve gotta be somewhat vigilant. But again, I think it’s got to the point where everyone’s living their lives but kind of using common sense in terms of being safe.”

During Judas Priest‘s performance at the Louder Than Life festival on September 26, Richie Faulker had suffered an important acute cardiac aortic dissection. In an interview with Ryan Roxie on February 15, he told what he went through that day.

“Looking back, you can join the dots,” Richie said. “I was tired that day. Tiredness is a sign of it. But that’s the thing — three weeks into a tour, you’re finding your legs anyway. We’re getting used to the schedule. We’re gonna be tired two or three weeks in. There was nothing that was out of the ordinary for that time in the tour schedule.

“So there was no signs whatsoever. I was just out there halfway through ‘Painkiller’ and my chest just went ‘bang.’ And I thought, ‘Well, that doesn’t happen every day.’ And it didn’t go away.

“What happens is it ruptures and it bleeds into your chest cavity and you bleed out inside yourself and you go. That’s it. So literally, it blew up inside.

“So I’m playing along, and I started to feel a bit faint. I remember walking back from the edge of the stage, just in case. I’ve never fainted, I’ve never passed out before, but I started thinking this is what it feels like. ‘Cause, obviously the blood was draining out of the extremities. So that’s what was happening.

“Again, I didn’t know this at the time. To be honest with you, I thought I was having a heart attack because it was in the chest cavity and it was getting pretty painful. All my energy was depleted.

“At the end of the song, I usually lift the flying V up in the air, and I couldn’t lift it — I had nothing. So I came offstage and sort of collapsed into a chair. The paramedics came out. And it went from there.” 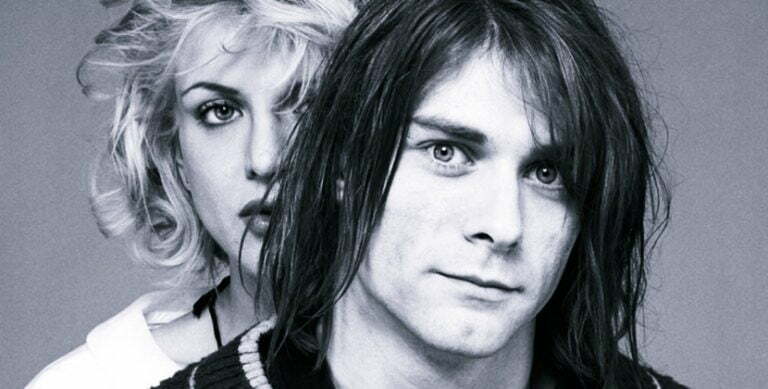 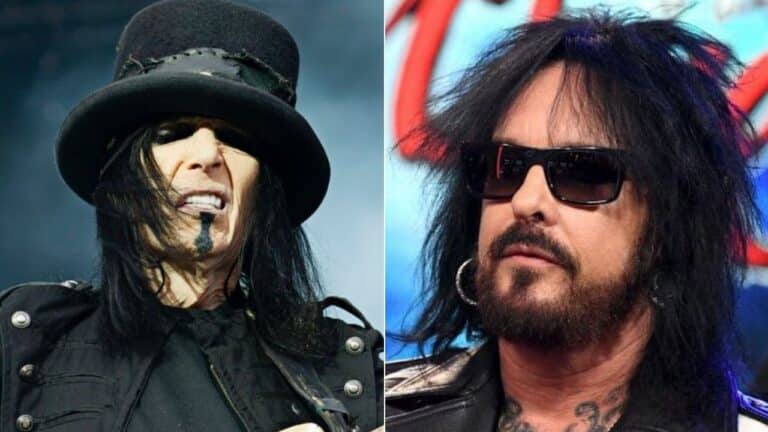 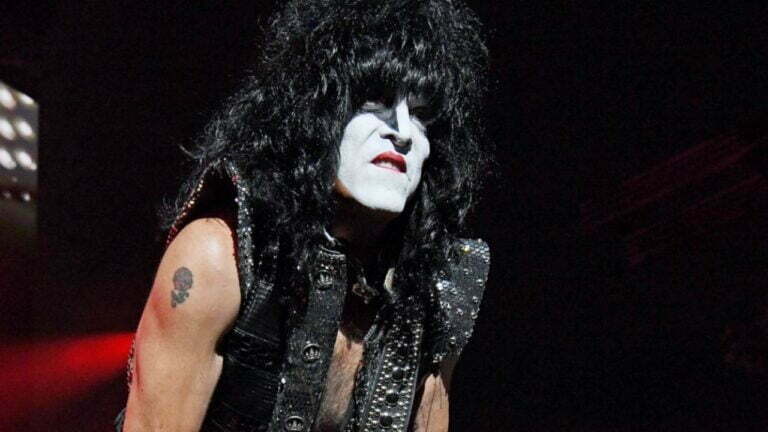 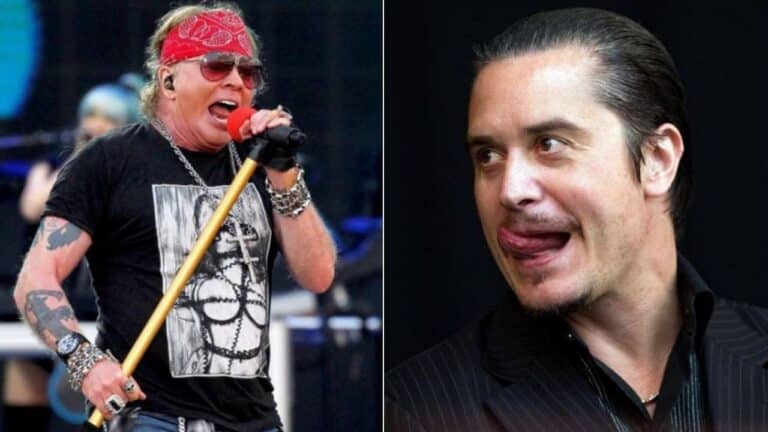 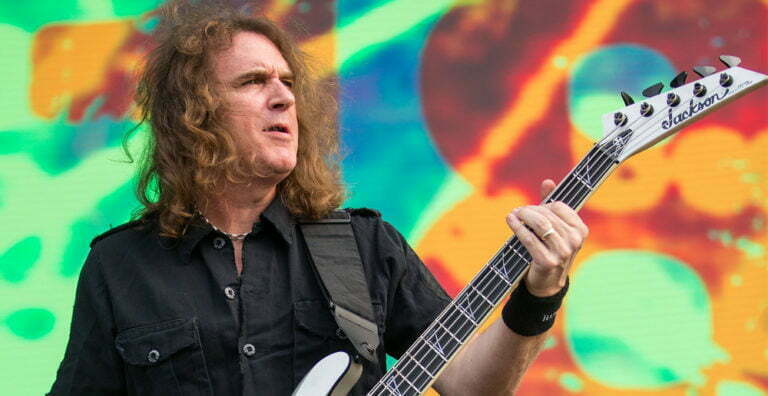