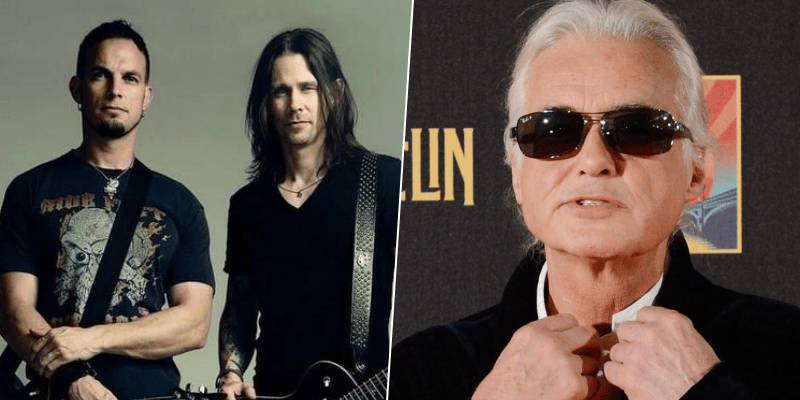 In a recent conversation with “Speak N’ Destroy,⁣” the legendary musician Mark Tremonti, best known as the guitarist of the rock band Alter Bridge, has recalled the moment he lived with his bandmate Myles Kennedy and mentioned how he reacted when Led Zeppelin invited him for the audition.

Speaking about how the moment happened, Mark mentioned that Myles was leaving for an important phone call. After a while, when he went to the bathroom, he saw Myles and said that he was about to cry. He added his words that he waited for him for ask what was going on.

“That was a pretty crazy time. The moment he got that phone call – we’re upstairs on the bus and he was like, ‘Excuse me guys, that’s John Bonham, I got to take this.’

“He’s kind of being a smartass, and then a bunch of time went by, and then I went downstairs to use the bathroom and he was down there looking as if he was about to cry.

“I just waited there for a second to see what was going on; he hung up the phone, and I’m like, ‘What’s wrong?’. He’s like, ‘Dude, the guys from Led Zeppelin want me to come to play with them, try out and see if I can sing with them…’⁣”

When he heard what was going on, Mark said that he had two thoughts about the situation.

“But then I figured, if he got the opportunity to do this, there’s no way in the world any of us would stop him. ‘Come back to us when you have some time – after you spend a few years doing that or whatever it takes.’⁣”