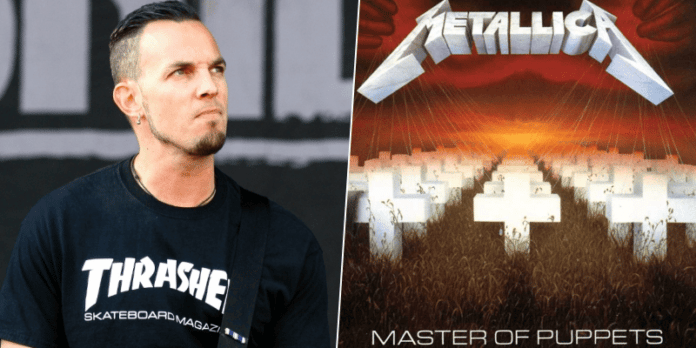 The American musician Mark Tremonti, best known as the lead guitarist of the 16-year rock band Alter Bridge, has talked about the heavy metal band Metallica and praised their third studio album “Master of Puppets.”

In a recent appearance with Speak N’ Destroy, while he talks on Metallica, the 46-year-old guitarist revealed his favorite album from the band and stated that it’s “Master of Puppets.” He admitted that he impressed by the vocals.

“I had a little boombox that I got for Christmas that had a spectrum analyzer on it, so I could see the frequencies pop on the EQ.”

Elsewhere in the interview, Mark Tremonti has always shared his dream Metallica setlist and included Fight Fire With Fire, Hardwired, Am I Evil?, Ride The Lightning, Whiplash, The Unforgiven, Nothing Else Matters, Enter Sandman, Sad But True, King Nothing, Fuel, Orion, One, and many more to it.