Subscribe
NEWS Alter Bridge’s Mark Tremonti Explains Why Back in Black Is A Critical... 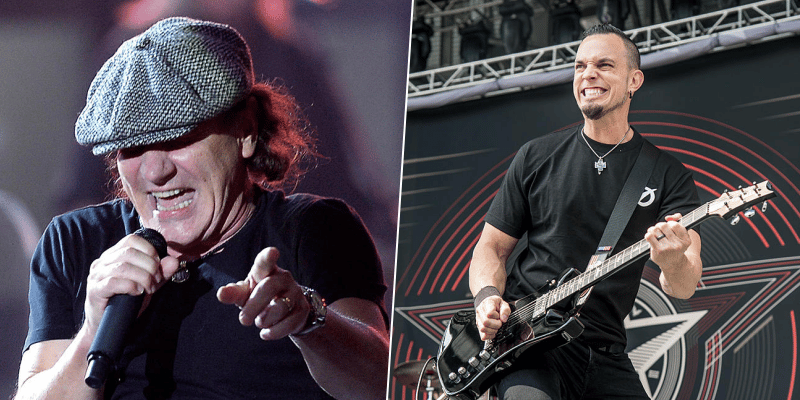 The world-famous American rock band Alter Bridge guitarist Mark Tremonti spoke to Classic Rock and made a critical comment about the seventh studio album of AC/DC, Back in Black.

While talks on the issue, Mark stated that Back in Black is one of the critical records of the AC/DC and explained why he thought like that. He also said that Angus Young is a gorgeous guitarist.

“This was such a critical record for AC/DC, because it was something of their comeback record after Bon Scott’s death. I remember devouring it and loving it when I was a kid. Angus Young is an amazing guitarist. To an outsider, one might think that he plays straightforward stuff, but he’s got such feel.”

When he concluding his words, Mark Tremonti expressed that AC/DC is one of the two best rock bands of all time for him. He also praised Bon Scott and Brian Johnson.

“The vocals, from Bon Scott to Brian Johnson, have always been incredible. The songwriting on this album has a simple beauty to it that’s just genius. But it’s all wrapped around monster riffs and memorable solos. I consider AC/DC to be one of the two best rock bands of all time.”

The seventh studio album of AC/DC, Back in Black, has been released on July 25, 1980, via Albert Productions and Atlantic Records.