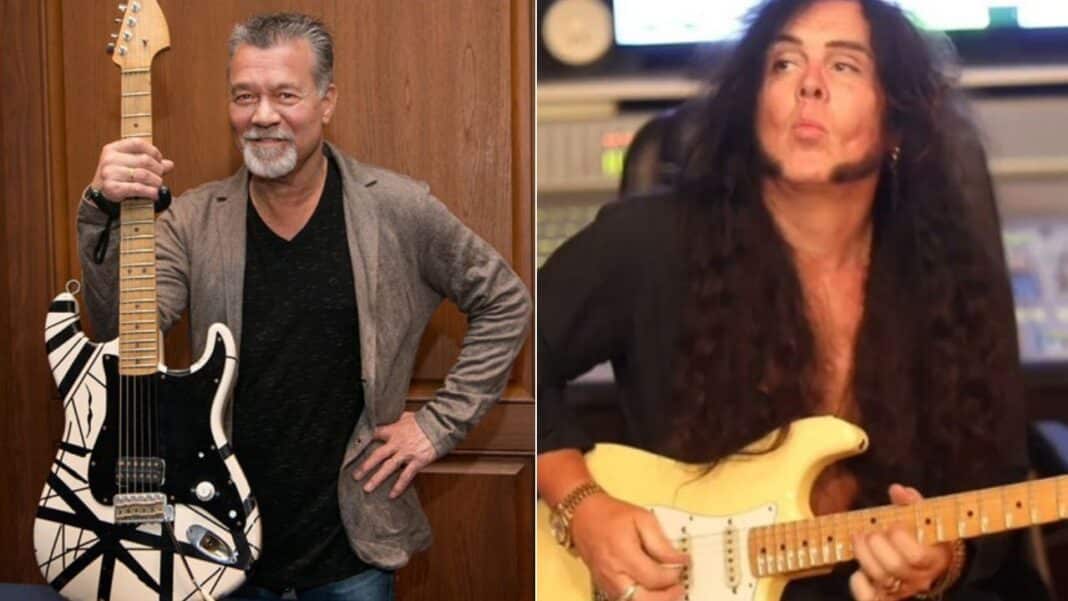 During a live fan Question&Answer session, the Swedish guitarist Yngwie Malmsteen has paid his tribute to the late Van Halen leader Eddie Van Halen and sent respectful words for the musician.

Eddie Van Halen is known for his tenure with his rock band Van Halen, which was formed in 1972 by Eddie himself and his brother Alex Van Halen, bassist Mark Stone, and singer David Lee Roth, who recently announced his retirement. He was an icon for the rock and roll community, and he is widely regarded as one of the greatest guitarists of all time with his Van Halen career.

On October 6, 2020, it was announced that Eddie Van Halen passed away due to cancer. Giving his last breathes, Eddie‘s wife Janie Van Halen, his son Wolfgang, his ex-wife Valerie Bertinelli, and Alex Van Halen were alongside him just before his passing.

On the other hand, Yngwie Malmsteen is a Swedish musician who rose to fame during the 1980s for his neoclassical playing style in heavy metal. During his ongoing nearly 40-year career, Malmsteen released 22 studio albums.

When the world-known guitarist Malmsteen made his YouTube live stream, he mentioned Eddie Van Halen and sent praising words for the late guitarist. After a fan asked about Eddie Van Halen, Malmsteen expressed that he changed everything about the guitar.

“What can you say about Eddie? He changed everything,” Malmsteen says.

“I had already been playing for a while when I heard him. It was complete – it was like, ‘Wow,’ you know, the whole band when it came out in the first album, and everybody I knew would hack up their straps and put humbuckers and start tapping.

“I didn’t want to do that because that’s Eddie and let Eddie be Eddie.”

“He influenced me in other ways,” he admits. “Just to be spontaneous, which I have always been anyway, but the way they made those first two albums, I loved everything about it. It was so live in the studio kind of thing.”

Concluding his words, Malmsteen once again paid his tribute to Eddie and stated that there are not enough words to tell how a great musician he was.

“I really love that, and it was a great whole thing,” Malmsteen adds. “Eddie was amazing. God bless him. Amazing. There are not enough words really.”