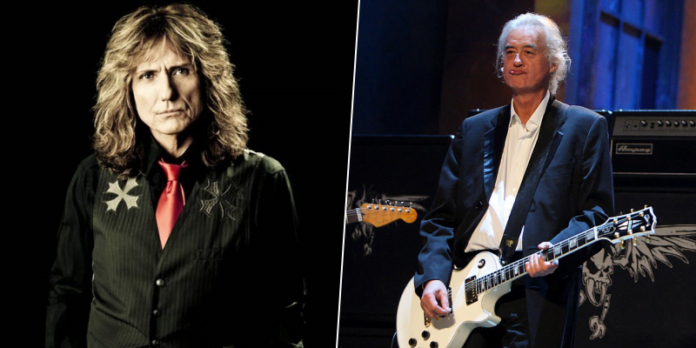 The world-star 68-year-old musician David Coverdale, best known as the vocalist of the British rock band Whitesnake, has just shared a new photo through his official social media account and sent a rare-known photo with Led Zeppelin star Jimmy Page for the 27th anniversary of their Coverdale/Page album.

In the comments of the photo, many fans expressed that the album is great, and they loved it. They also added that David and Jimmy should make another album.

The only studio album of the David Coverdale and Jimmy Page, Coverdale/Page, which consisting of 11 tracks in total, has released on March 15, 1993, via Geffen Records in North America and EMI internationally.