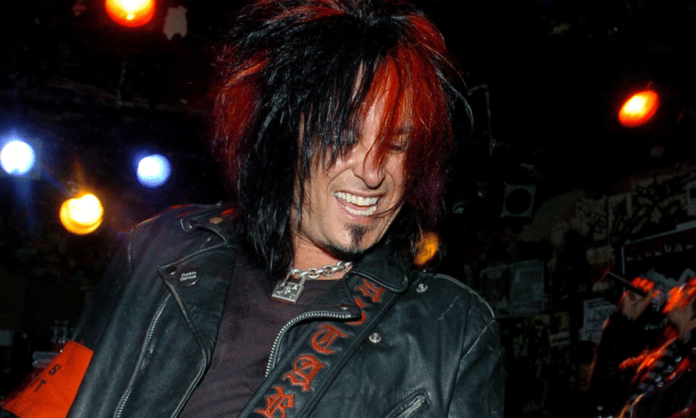 Motley Crue bassist Nikki Sixx has just seen on his official Instagram account and revealed one of the rarest photos of himself while sitting on stage.

When Nikki posted the pose, he asked fans that if they see rare songs in the setlist. While he was touching the setlist, Nikki described a few songs as a gem. He also asked a question to fans and said if they know the answer.

You can read what Nikki Sixx wrote in the caption below.

“Writing out a Motley Crue setlist in 1981. See any rare gems on there? And which song was a cover song that we never recorded?”

In the comments, his social media fans replied to his question and many of them gave correct answers for it.

Writing out a @motleycrue setlist in 1981.See any rare gems on there? And which song was a cover song that we never recorded? 📷 by @donadkinsphoto 🤘🏽