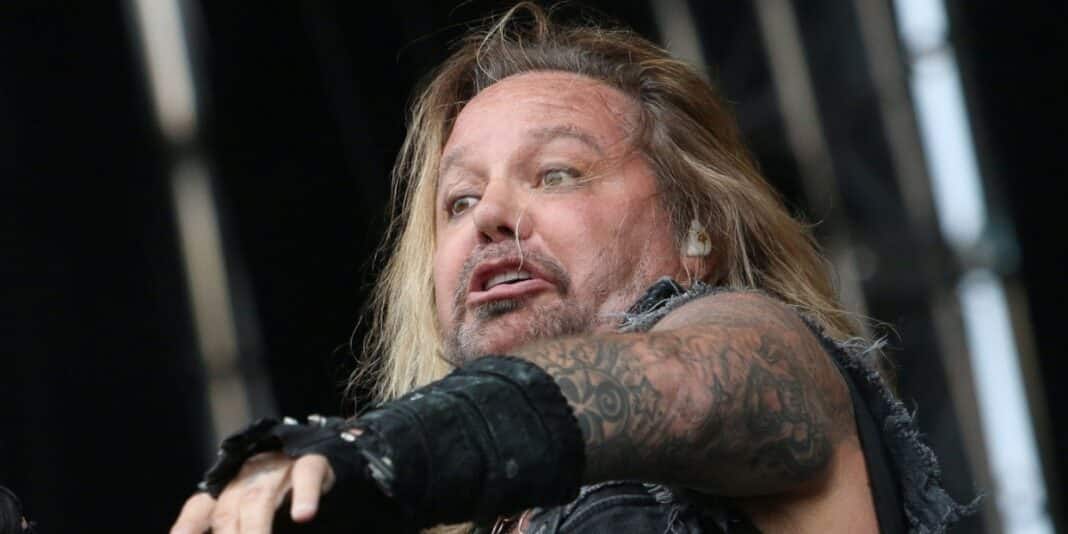 The American heavy metal band Motley Crue vocalist Vince Neil, who criticized harshly from their fans because of his overweight and love of alcohol, made his latest appearance to celebrate his girlfriend’s birthday and showed how his body changed.

In a recent social media post shared by the successful singer, Vince Neil and his model girlfriend Rain Hannah was drinking together. They had taken pictures while hugging each other in a cool place and looked quite happy.

When we look at their styles, Vince Neil was wearing a black t-shirt and his iconic sunglasses. He was looking a bit different after his hard workout days. His girlfriend had a black hat and a white t-shirt, which so cool for her.

In the caption, Vince Neil wrote the following words to celebrate his girlfriend’s birthday:

“Happy Birthday to the love of my life.”

Happy Birthday to the love of my life🎉🎂🎊