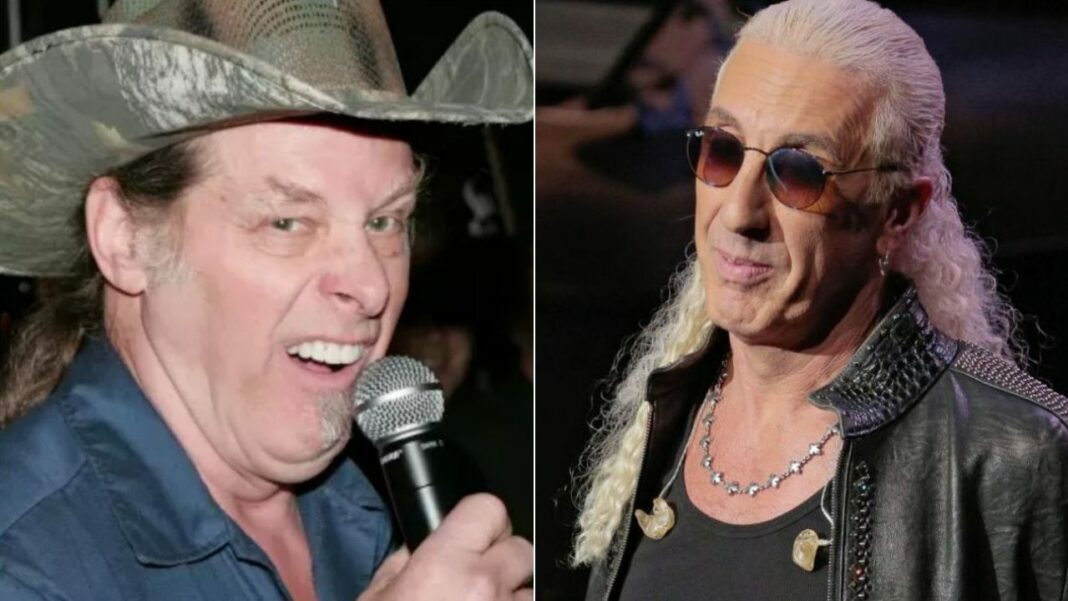 Dee Snider, known for his tenure with the American heavy metal band Twisted Sister, has recently shared a new tweet to encourage people to get vaccinated and mocked the rock musician Ted Nugent.

In a live stream made on April 19, Ted Nugent, although he does not believe in the existence of the virus, has officially announced through his official Facebook account that he was tested positive for COVID-19.

Dee Snider, who has been supporting his followers via his Twitter account, has tried to encourage people once again by mocking Ted Nugent.

Encouraging people about getting vaccinated, Dee Snider, who has got his second dose of the COVID-19 vaccine, said that the pandemic is still going. He also stated that it will not be ended if people are not vaccinated. Dee added at the end of his words that they would be like Ted Nugent if they wouldn’t be vaccinated.

“THIS SHIT AIN’T OVER YET,” says Dee. “GET VACCINATED…OR (possibly) BE LIKE TED NUGENT!”

THIS SHIT AIN'T OVER YET! GET VACCINATED…OR (possibly) BE LIKE TED NUGENT!
Why Americans should be concerned by India's COVID tsunami https://t.co/wPzatg897a

After Ted Nugent’s announcement that said he was diagnosed with COVID-19, Dee Snider made a social media appearance to talk about the issue.

In the first photo, Ted was cursing the vaccine and people who believe the virus. In the second, there was his COVID-19 diagnosis announcement.

Ted Nugent Admits He Thought He Was Dying

In his social media statement, Ted Nugent opened up about his diagnosis to inform people who follow him. According to Ted, he thought for a moment that he was dying.

“I’ve been around a long time, and it’s been quite an adventure,” Nugent says in the social media statement. “But I have never been so sick in all my life… I could barely crawl out of bed. And I’m not looking for sympathy; I’m just trying to share a medical emergency during a global medical emergency, and what the Nugent tribe, what this guitar player is doing to counterpunch a COVID-19 positive test this afternoon. And it’s gonna be willpower.”