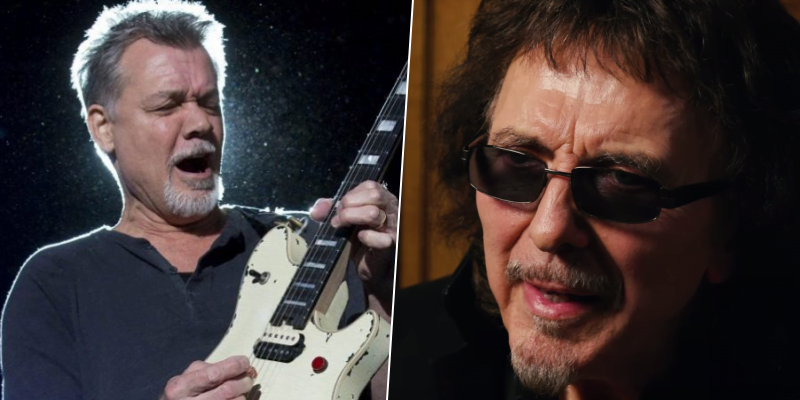 In a new appearance with the Gibson, Tony Iommi, the lead guitarist of the world-known heavy metal veterans Black Sabbath, who formed in Birmingham in 1968, has recalled the rare-known moment he lived with the Van Halen legend Eddie Van Halen and revealed how he annoyed him.

“Van Halen toured with us for eight or nine months,” he said. “They really liked… Eddie‘s one of my best friends now, we still stay in touch, but he used to come in my room, pick your brains, you know?

“They sort of asked, ‘What’s this like? What’s that like?’ And for them, it was learning more information.”

Tony stated that the moment they live is enjoyable and worth living. But in the end, he said that Van Halen went a bit too much because Van Halen used the layout and style he learned from Black Sabbath in his shows.

“It was enjoyable, but then it got a bit too much. Because they started their show, or they were going on first, and they were gradually learning things from us and doing the same sort of arrangement in their show.

“They’d have a drum solo, this and that and the other… And as the months went on, the drum riser got bigger like Bill [Ward]’s did – and more stuff.

“And I got really annoyed one night; I said, ‘Hey, Eddie, are you gonna play a couple of songs off our new album tomorrow?’. He went, ‘Hey, man, we love you guys.’ And it got our fly there – it was just a bit of sarcasm. It was great.”

Lastly, Tony praised Eddie and expressed how wonderful he plays.

“And to me, listening to his playing, really different… He’d come up with something different, the way he plays and it was a great star, and a great band.”