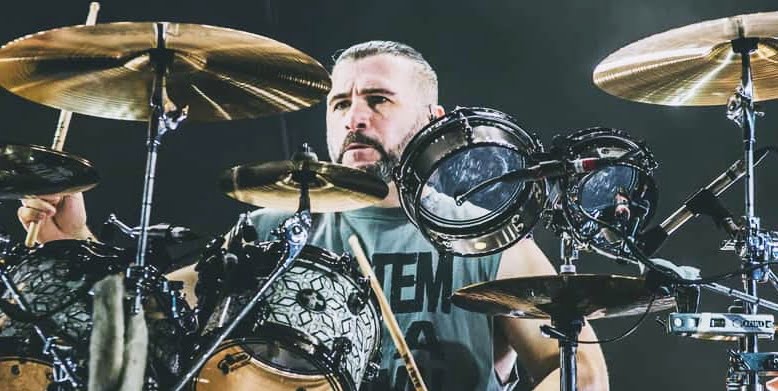 In a new conversation with Loudwire, John Dolmayan, the legendary drummer of the world-known heavy metal band System of a Down, which formed in California in 1994, has talked about his music career and revealed how he started to play drums. He also mentioned how his parents reacted to his decision to play music.

During the conversation, the interviewer stated that he had seen John been interested in playing drums since he was two years old. However, he also said that this interest faced some resistance for several years. John Dolmayan replied:

“Well, first of all, I’d like to say my dad is a musician, so I was watching my dad play as soon as I was born, or very shortly thereafter. And of course, I listened to music while I was in the womb.

“I think I just showed them that I wanted to be a drummer by mimicking drums, like, banging on things, maybe hitting them occasionally, so it was pretty clear.”

John also said that his father knew what it was like to be a musician and how difficult it was to make a living, have a family and all that stuff. John added that his father would have preferred that John pursue something a little more professional for his life’s work.

“And I think after almost 15 years of just wanting to be a drummer, asking for drum sets and bothering my friends, I wore them down eventually, and when I was 15, my dad got me a drum set, and the rest is history,” he added.

John Dolmayan rocks the stage with System of a Down as a drummer since 1997.