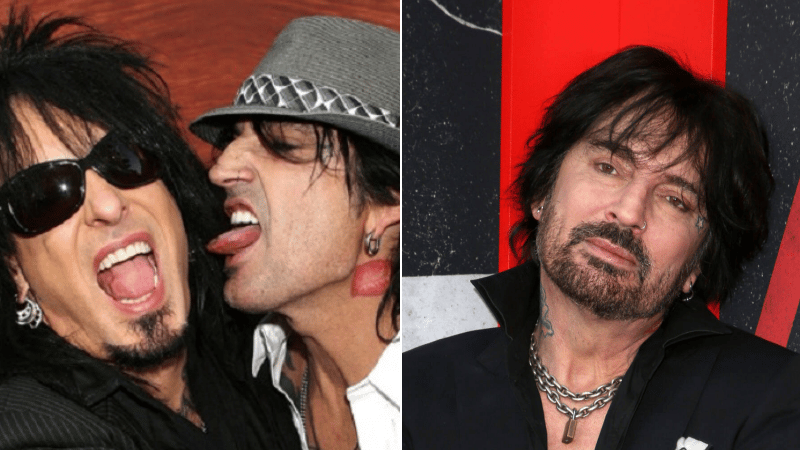 The 58-year-old Tommy Lee, known for the drummer of the heavy metal band Motley Crue, has discussed the current state of his relationship with Nikki Sixx and recalled one of the weirdest moments he lived with him.

While making his recent appearance with USA TODAY during the coronavirus outbreak, Tommy Lee admitted that he almost went into the rehab by Nikki Sixx because of his passion for alcohol. Thankfully, he is sober for a year.

Speaking about the issue, Tommy Lee said that one day he woke up with his bandmate Nikki Sixx’s voice. He also said that Nikki drove him into the rehab and admitted that Brittany Furlan Lee, his wife, had set it up.

When the interviewer asked, “Your bandmate, Nikki Sixx, has been open about his sobriety and past struggles with addiction. Has he been a support through this?”, Tommy said:

“Dude, he drove me to rehab. [Laughs.] He’s been insanely supportive.

“So I was like, ‘Alright, well before we go,’ and I poured a [to-go drink] that was probably all vodka and a little splash of cranberry, got in the car and went.

“So he’s been great, he’s been lovely. And he’s been sober for, Jesus, 900 years. So our friendship has gotten even closer than we were before.”