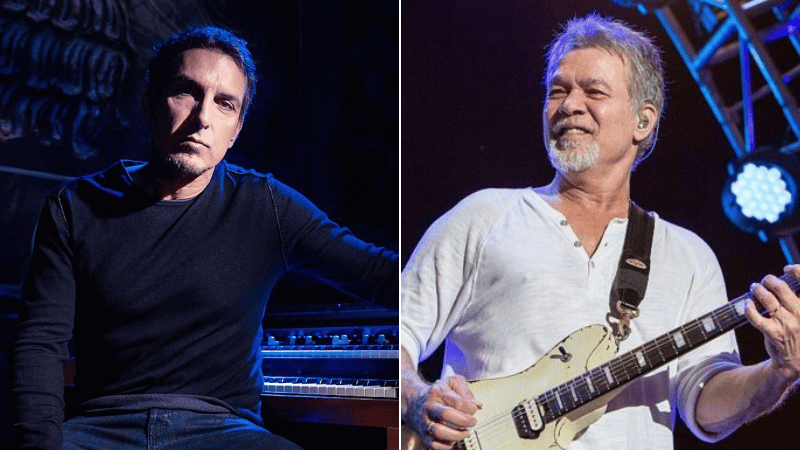 In a new interview with Rock Talk With Mitch Lafon, the current Sons of Apollo keyboardist, Derek Sherinian – also known for his works with Dream Theater, Alice Cooper, and more – revealed what Van Halen means to him and get emotional.

When the interviewer said, “Talk to me about that and what is the importance of Van Halen to you,” Derek replied:

“It’s interesting. As a kid, I never really transcribed his [Eddie Van Halen’s] solos, I just listened to it millions and millions of times and it was ingrained in my DNA. So when I played a solo, it was more Van Halen inspired.

“It wasn’t until a few years ago that I really felt compelled to dissect exactly what the fuck he was playing. And as I dug in – and what was really helpful is that there’s a lot of people on YouTube that do tutorials, a lot of them are really inaccurate, but there’s always one or two that really – they either slowed it down so slowly where they just got every little nook and cranny of this thing where it’s perfect.

“And I try to find those people and I learn it exactly. And I’ve done that with a few of his solos like ‘Spanish Fly’ and ‘Mean Street.’ You’re breaking that stuff down and translating it to the keyboards – that’s a huge part of me when I process it and then put it through my instrument.

“It comes out something totally unique. Because I know there’s no other guy out there that loves Van Halen more than I do, as far as keyboards. I mean, my son is named Halen and I’ve been in since the ground floor.

“Van Halen, Randy Rhoads, Jeff Beck, Allan Holdsworth – those guys are so deep in my DNA when I solo. I don’t even think about it but they come out.”