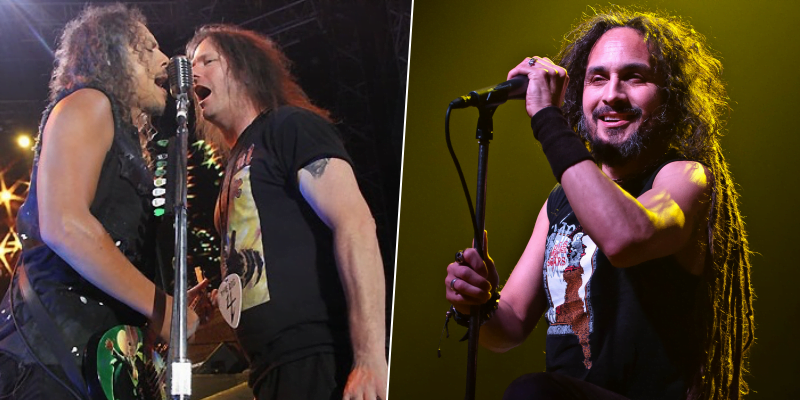 The 57-year-old guitarist Kirk Hammett, who’s the bandmate with Gary Holt in thrash metal band Exodus between 1979 to 1983, has recently posted a new photo through his social media account and revealed the reunion of Bay Area after years.

In the photo shared by Kirk, there were Gary Holt, his former bandmate in Exodus, and the legendary member of the Death Angel, Mark Osegueda.

“Bay Area reunion in Paris,” Kirk wrote in the caption of the photo he shared. He also added a rock sign and two lightning emojis at the end of his sentence.

Also, the wife of the Metallica bassist Robert Trujillo, Chloe Trujillo, has also commented on the photo and said, “Yes!”

Gary Holt ha also posted a collage through his social media accounts and shared his thoughts about the night: “What a killer night!!!! Had an old school Exodus reunion with Kirk Hammett, had a killer hang with my dear friend Monte Pittman and coffee with Alex Skolnick, and with the Madonna show being cancelled he got to hang for the whole show, chilling with Bon Sloth like we do every day, and dinner with Lee, Tom, Jack and Steve Zetro Souza after the show!! Couldn’t ask for a better evening! Thank you Paris!!!!”

The successful guitarist Kirk Hammett has left Exodus in 1983 due to joining heavy metal kings Metallica.