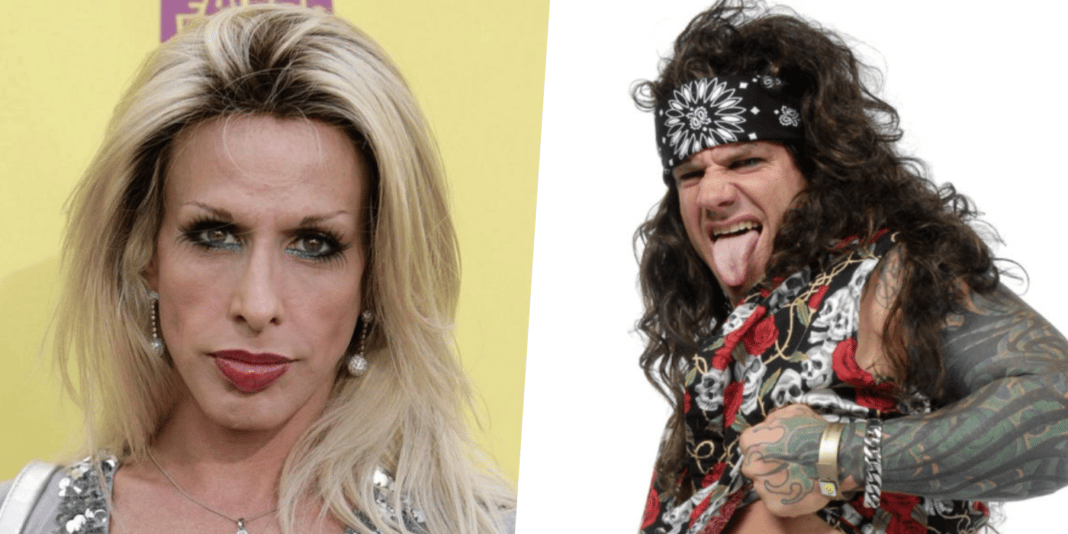 In a new interview with Dr. Gong’s Drumcast, Stix Zadinia, known for the drummer of the Steel Panther, remembered the weird moment he lived with Alexis Arquette, the American actress, and took fans back to that moment.

“Michael Starr pointed her out, he goes, ‘Look at that chick, she’s super hot!’ He saw her on stage with this black dude, and they’re grinding – I don’t think he knew she was a guy or transexual, like pre-op transexual.

“So this dude’s behind her grinding, and then somehow Michael goes, ‘Dude, you know she’s got a dick?’ The guy freaked out a little bit. He jumps off-stage, Alexis Arquette’s up-stage, she’s posing, being sexy and fun, and then Michael Starr says, ‘You know what you need to do? You should everybody how you can suck your own dick.’

“And he was kidding, but she stood up in front of my kit, which is 16 inches deep, and I remember that because I had a very shallow kick drum at the time, and she stood to the side with her profile towards me, so I’m looking, she’s got her profile to the crowd and me, and she bends down and pulls it and does it.

“And everybody’s stunned – silence… It was crazy, it was awesome; it shocked everybody, including us. We were just like, ‘Fuck, that’s awesome!’”