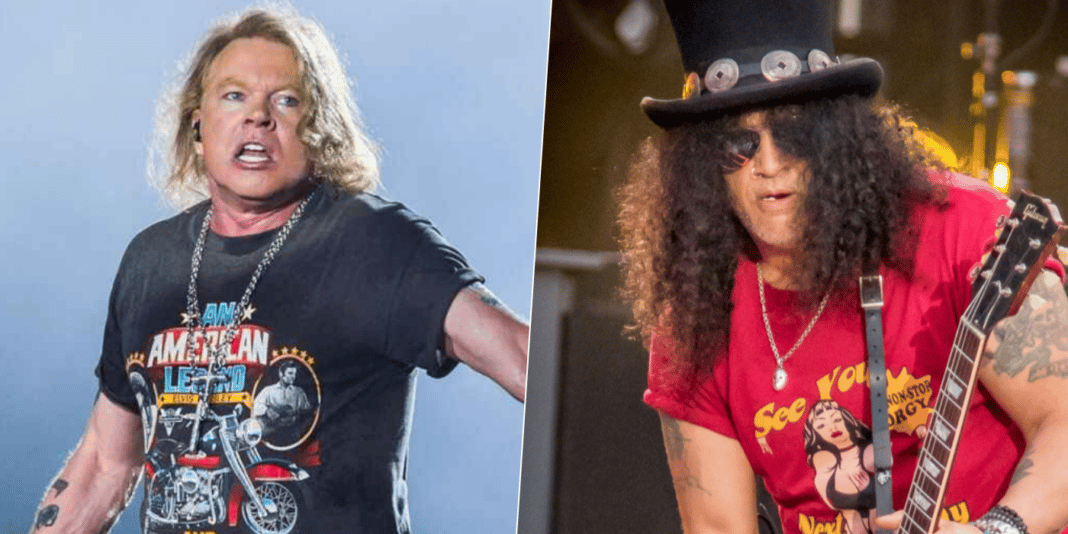 Los Angeles-based rock band Guns N’ Roses, which formed in 1985, has just updated its social media accounts to reveal one of the rare-known poses of the band’s legends Axl Rose and Slash, and showed how charismatic boys they are.

In the photo shared by the band, Slash and Axl Rose were in the same pose. When Axl Rose was smiling while looking somewhere else, Slash was performing on stage and rocking the crowd.

The band’s pose attracted great interest from people who love Axl Rose and Slash. Some of the wrote in the comments that they’re two of the greatest musicians of all time.