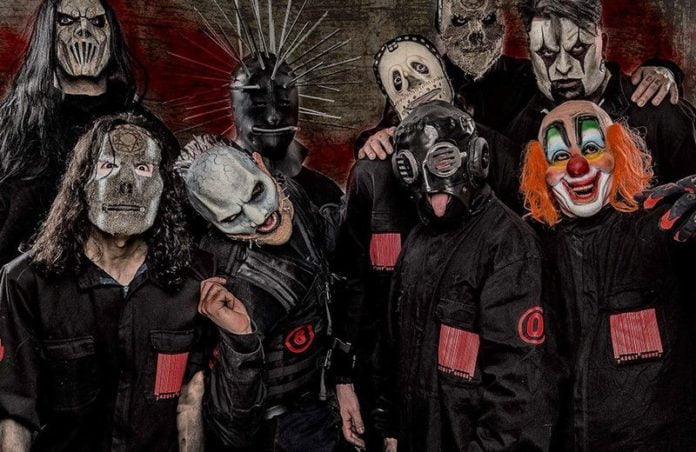 World-famous heavy metal band Slipknot shared another short teaser for a new album. As you may remember, the album’s release date was set to August 9. Following the first teaser published on March 4 and the second teaser of the album was released on April 29th. In the photo description ”Album 6 | August 9” It says.

Honestly, it’s probably, to me, the lightest tune on the album.

I mean, it’s a great tune, it’s a heavy tune, but it’s not a good representation of the darkness that is involved with the music. We are taking some really cool risks musically. We’re dipping into some evil we haven’t played with in a long time, let’s put it that way. It’s got little hints of everything we’ve ever done, but it’s got some of the heaviest stuff we’ve ever done as well.

You can see the posts below:

The #KNOTFESTRoadshow with #Slipknot, @volbeat, @gojiraofficial and @behemothofficial kicks off across North America this summer, July 26 – September 8. Each pair of tickets purchased online for this tour comes with a digital copy of our upcoming new album, scheduled for release August 9, 2019. Pre-sale begins tomorrow for OT9 members. General on-sale this Friday, March 8 at knotfestroadshow.com

SLIPKNOT’S COREY TAYLOR AND RAPPER KID ROOKIE HAS A VIDEO

Megadeth’s David Ellefson On Upcoming Album: “I Hate To Talk Too Much About It Until It Comes Out”

Joan Jett Says There Is Systemic Racism In USA

Megadeth’s David Ellefson On Upcoming Album: “I Hate To Talk Too Much About It Until It Comes Out”

Joan Jett Says There Is Systemic Racism In USA