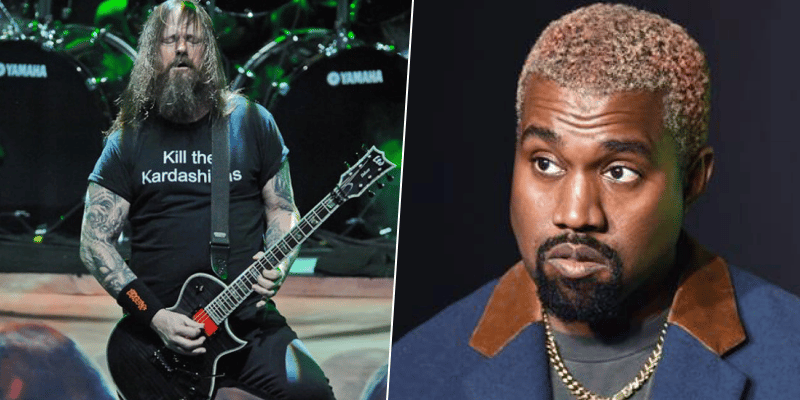 The 55-aged American musician Gary Holt, known as his 8-year career with the world-known thrash metal band Slayer, has just updated his social media account with a fan-made drawing including the American rapper Kanye West and laughed the fans who saw the photo.

In the drawing, Gary Holt was in a conversation with his wife Lisa Holt. Lisa was asking Gary why he wrote Kanye West on the Vacuum. Gary replied by saying that he has been around since 2004 and sucks.

He shared the photo with following statement: “A little quarantine humor, courtesy of @draw_tism!”

In the comments of the photo, the fans expressed that they enjoyed with the meme. Also, a fan asked Gary if he could listen to both Slayer, and Kanye West. Gary approved it and said of course he could.