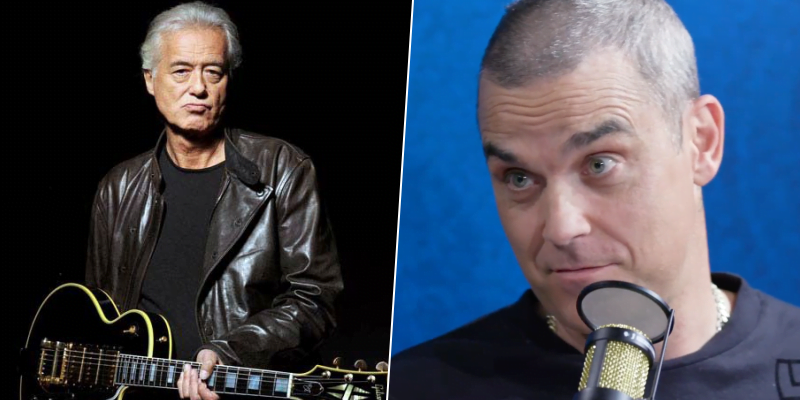 In a new conversation with SiriusXM’s Volume, the English singer Robbie Williams, which released seven UK number one singles and eleven out of his twelve studio albums have reached number one in the UK, has talked about his ongoing issues with his neighbor English rock band Led Zeppelin star Jimmy Page and revealed their rare-known moment.

When the interviewer asked, “You had some feud going on with Jimmy Page over a swimming pool, which is this a very rockstar feud, isn’t it?”, Robbie Williams replied:

“No, like, I want to build a basement in my house because it’s a really sound investment idea and the right honorable Jimmy Page, who lives next door, doesn’t want me to do that.”

Also, when asked if there was construction noise as the reason Jimmy Page didn’t want it, Robbie replied:

“Yes. And I think he thinks it is going to damage his house. And I could promise him it’s not but here’s the thing: Jimmy Page lives next door!”

The 46-year old artist Robbie Williams is the best-selling British solo artist in the United Kingdom.